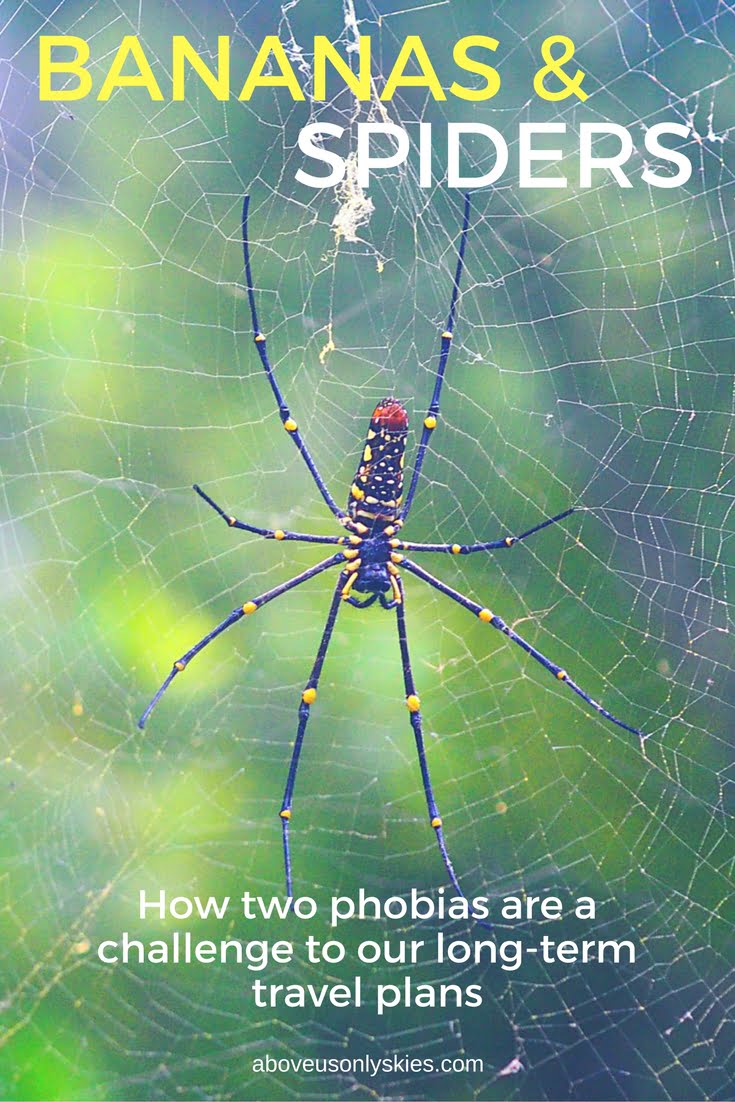 I know I’m not alone when it comes to having a phobia of spiders – apparently, 6% of the UK population suffers from it. But even the mention of the word “spider” is enough to send a shiver down my spine and cause the hairs on the back of my neck to reach out as if they’re standing for attention.

It’s bad enough if I see one sat motionless on the wall or the floor. But when it stretches its legs and moves around – that’s the moment when I tend to freak out and reach for the nearest rolled up magazine.

I know, I know – totally irrational and most of them are completely harmless. But there’s something inside me that convinces me my heartbeat won’t return to its natural resting position until my eight-legged adversary has met his maker in that great web-making factory in the sky.

Worse, the biggest I’ve come across to date are simple house spiders. Mere hatchlings when compared to some of the monsters that are no doubt lurking in the jungles of Asia. To be honest, I’d expected to come across a fair few when I was staying in the Daintree Rainforest of Queensland a few years ago, but surprisingly that turned out to be an arachnid-free trip.

Am I likely to have the same luck travelling for 18 months around Asia? Hmm, something tells me not. My greatest fear is to wake up one night in a beach hut to find an eight-legged beast the size of a dinner plate looking up at me from its resting position on my torso, its mandibles waving around like some whirling dervish.

And when we visit Cambodia, where deep fried tarantula is something of a fast food delicacy, I’ll be sure to stick to the more aesthetically pleasing fayre on offer.

So there you are, the secret’s out. I’m a cowardly, murderous soul who’s scared of spiders. And if there’s any justice in this world there’ll be a vigilante squad of tarantulas lurking somewhere ready to exact their terrible revenge on me for the regular persecution of their brothers-in-arms. 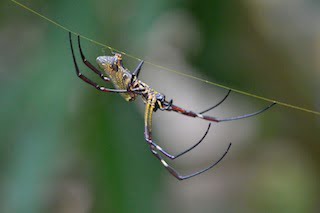 Or maybe it’s not too late for me to redeem myself? What if I could overcome this phobia that’s plagued me for years? If I could somehow conquer it I could even become a good world citizen again and not go around destroying life so matter-of-factly.

To be honest, I’ve already made a start. I’ve set up a Pinterest board dedicated to spiders. So now I can start collecting photographs of the little darlings in all their colourful, hairy, leggy beauty. I reckon that if I look at them enough I’ll become oblivious to my inbuilt fear of them. Maybe I’ll even start to appreciate their good looks and ingenuity? If I study them enough I might even be able to identify each species as it makes its nightly visit to our jungle abode. And wouldn’t that be fun?

But looking at photographs and reading up about them is one thing. It’s not the same as seeing them MOVE! No, it’s going to take something a bit more radical to cure my fear once and for all. I’ve checked the internet and there are therapy courses which claim to cure your phobia in a matter of a few hours. There’s a Friendly Spider Programme at London Zoo which culminates in you rounding up house spiders in a “stress-free” environment. And there’s even an arachnophobia app on iTunes! 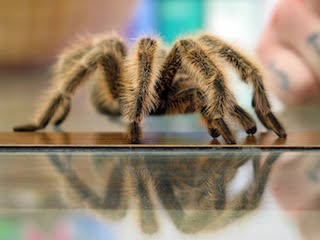 But maybe I should just jump in at the deep end and do something a bit more practical. Something like….handling a tarantula the size of my hand and talking to it like it’s my new best friend. As “luck” would have it I know of someone who breeds them and is willing to let me go over for a “session” when I feel ready. I don’t mind admitting that there are beads of sweat already surfacing on my forehead as I’m typing, and therefore thinking about the prospect. Believe me, I’d rather not but I’ve kind of got it into my head that this is the only sure-fire way of dealing with it.

Or maybe I’ll just add a few more photos to my Pinterest board instead….

“But what’s this about bananas?” I hear you cry. “What have you got against those nutrition-packed parcels of gorgeousness?”

Well, I love them. Unfortunately, Nicky has a morbid fear of them. She can’t eat them or drink anything with a hint of banana flavouring. In fact, she can’t bear the sight or the mere mention of them without a gag reflex kicking in. And visits to the supermarket invariably involve avoiding the fruit aisle altogether. There’s a name for this particular fear and it’s called, somewhat disappointingly, “Bananaphobia”. And, apparently, she’s not alone.

It took me years to actually take her phobia seriously and she freely admits that it’s completely irrational. Now, it’s bad enough trying to negotiate our way around Asia with my fear of spiders, but avoiding bananas for Nicky may well be nigh on impossible. So there’s only one solution – she’ll have to conquer her fear too – and I don’t mean by creating a dedicated Pinterest Board. No, a visit to the greengrocer for some up-close-and-personal with a bunch of curved yellow fruit has to be the answer – but she’ll take some convincing!

The alternative is that we both go on our trip with these phobias intact, which is not a great prospect.

One final note, the world’s most poisonous arachnid – the Brazilian Wandering Spider – is also known as a “Banana Spider”  as it likes to conceal itself within banana leaves. Which is really comforting.

What did you think? Do you have any phobias that might put you off travelling? Or maybe you’ve found a way to overcome them? Either way, we’d love to hear from you so please add your comments below. Thanks!