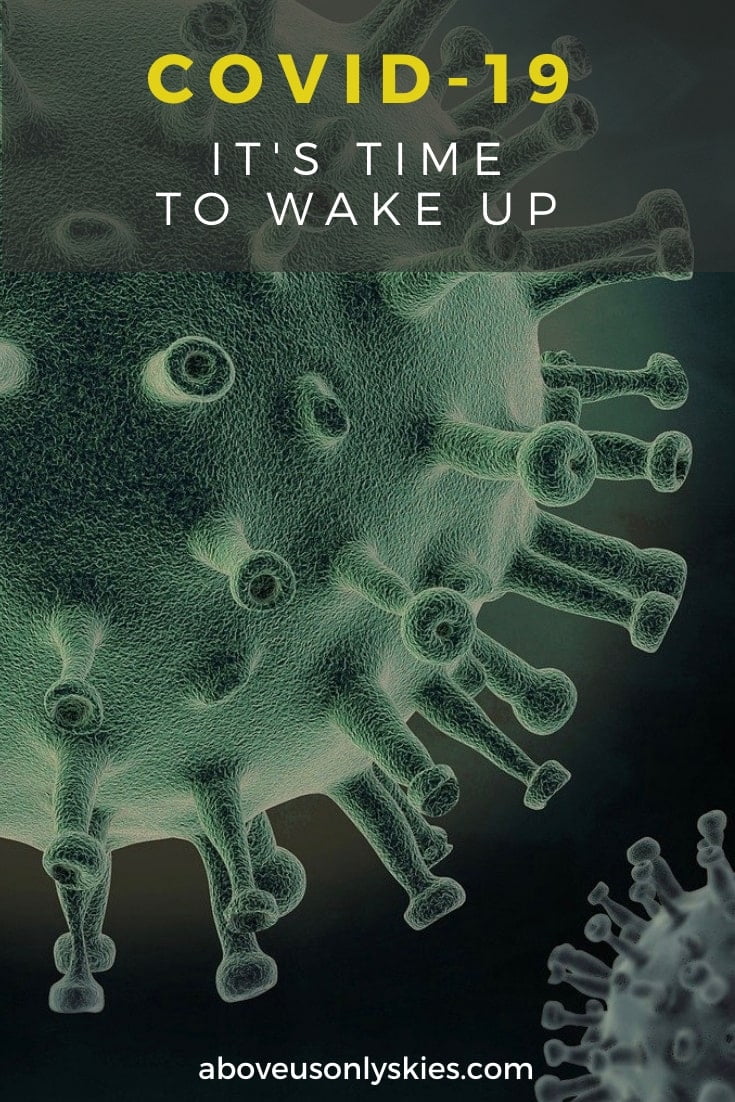 We’re now three months into what has become the world’s biggest health threat to its 7 billion inhabitants since the so-called “Spanish Flu” of 1918, which didn’t actually originate in Spain but nevertheless went on to ultimately kill up to 50 million people.

The ensuing weeks have seen the scale of the COVID-19 outbreak increase dramatically. At the time of writing there have officially been over 370,000 cases identified, resulting in over 16,000 deaths. Of course, no-one seriously believes that those figures tell the full story. But even if you do accept them, those numbers will explode exponentially over the coming weeks (and, for an eye-opening analysis of how exponential growth works, read this startling article by Ian Usher).

Countries are struggling to handle the impact. With one or two notable exceptions. For instance, South Korea has been garlanded with praise for its rapid response to the need for testing. Taiwan has taken extreme measures to stop the movement of its people, resulting in the number of reported cases being a mere fraction of most other countries.

Italy, meanwhile, has become the unfortunate barometer for what might happen to those countries who don’t act quickly enough.

China, on the other hand, is trying to reinvent itself as the world’s saviour after it initially withheld information on the outbreak that might have helped to curb the speed of its spread in those crucial first two weeks.

Indeed, it was not until January 23rd that Wuhan became the first city in the world to be “locked down” because of the virus. To be followed more recently by whole countries closing their borders, restricting internal travel and ordering their residents to stay indoors unless absolutely necessary.

Expert opinion suggests that things are going to get much worse before they get better. Especially over the next 90 days. And that doesn’t even account for the potential calamity of the virus really taking hold in places such as India (home to 1.4 billion people) and Africa.

Meanwhile, the world’s economy is in freefall. Millions are in danger of becoming unemployed and countless businesses will be lost forever. Social disorder on a massive scale is a very real possibility as the economic depression starts to bite and governments shoulder the blame.

And, if you think that’s just scaremongering, take a look at this terrifying National Rifle Association video.

Terms such as “self-isolation” and “social distancing” have taken hold in everyday language. “Flattening the curve” is now the number 1 aspirational target for every affected country. And undoubtedly, the time for world-wide co-operation, understanding and commitment to beat the disease is upon us. Right here. Right now.

Unfortunately, there are those amongst us who don’t seem to think in those terms.

Mindlessly selfish people wilfully ignore pleas from their governments to curtail their social interaction without a passing thought for the welfare of their families, friends or community.

Essential workers such as doctors, nurses and first responders, along with vulnerable people such as the elderly, are being deprived of food and essential supplies because of the me-first attitude of many.

Terms such as “Chinese virus” and “Wuhan virus” have been shamelessly coined by xenophobia-baiting politicians with secondary agendas of their own. (To be absolutely clear, it’s called “COVID-19” and it’s a “coronavirus”. Stick to the facts and we’ll all be the better for it).

And, all the while, horror stories are emerging from places like Madrid and Milan where doctors are having to make arbitrary decisions on who lives and who dies simply because they don’t have the means to treat everybody.

Encouragingly, I’ve just watched the UK’s Prime Minister, Boris Johnson, give a televised address instructing everyone to stay at home for the next 21 days, other than for a short list of exceptions. Police will have the power to enforce compliance. The mindlessly selfish will now be held hostage in their own homes for the good of the nation.

And about time, if I’m honest.

As Nicky is chronic-asthmatic, we simply cannot afford for her to be exposed to the virus until treatment or a vaccination becomes available. So social distancing for us is, like it is for many others, a necessity rather than a chore.

We’ve been fortunate enough to find ourselves a place to stay in rural France for the foreseeable future. Lost of space. No immediate neighbours. And five chickens to keep us egg-bound for weeks to come.

Visitors aren’t welcome. And we won’t be imposing ourselves on others. A reflection of the harsh reality of the times we now live in.

But don’t feel sorry for us. We’re more than OK where we are.

Last night we had a video call with our daughter back in England. She’s currently on a 14-day quarantine along with her husband and two young sons after the eldest boy came home from school with a fever. Which is particularly difficult as she’s a medical professional at her district’s main hospital and she’s now having to try and do her job from home. An untenable situation that is undoubtedly being replicated across the globe.

But, unless governments take the proactive and relatively extreme measures that the likes of South Korea and Taiwan have taken, such untenable situations are only going to get worse. In all honesty, it’s probably already too late for most.

I know that this article is undeniably bleak in its outlook. And I make no apologies for that. It’s time to wake up, people.

But, if I can cling on to a ray of hope, it possibly comes from an 85-year-old man who had already voluntarily given up his few social interactions and prepared himself for possibly months of solitary isolation. Having lived through the Second World War and experienced what it takes to do your bit to help the nation get through a major crisis, he gets it. He says he’s not about to let a virus kill him off through being careless. And he’s even managed to work out how to use Whats App on his phone so he can keep in contact with his son who’s currently living in France.

Immensely proud of you, Dad.

What did you think? What’s your experience of the COVID-19 outbreak? We’d love to hear from you so please add your comments below.