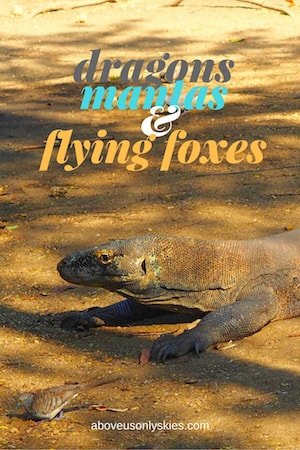 After 10 days of travelling east to west on the Trans-Flores Highway, taking in volcanoes, remote mountain villages, deserted black sand beaches, hair-raising road trips and undoubtedly the warmest, friendliest and most genuine people we’ve ever met, we finally made it to the west coast port of Labuan Bajo.

But it wasn’t LB itself we’d come to see. To finish off our trip to Flores we’d booked a two-day boat tour around Komodo National Park.

I suppose the first things that spring to mind when people think of Komodo National Park, just off the coast of Labuan Bajo in Flores, are the famous komodo dragons, which live mainly on the two islands of Komodo and Rinca. Big, mean and occasionally hostile to tourists, they were very much on our list of must-see things while we were in Flores. But it was the creatures we saw underwater that really made our two-day boat trip around Komodo National Park so special.

Unlike the jungle-clad hills and mountains of mainland Flores, the islands of Komodo NP are almost barren, save for the occasional brush of savannah bush and grass. But, set against the rich blues of the sky and the Flores Sea, they have a raw beauty that’s hard to match. 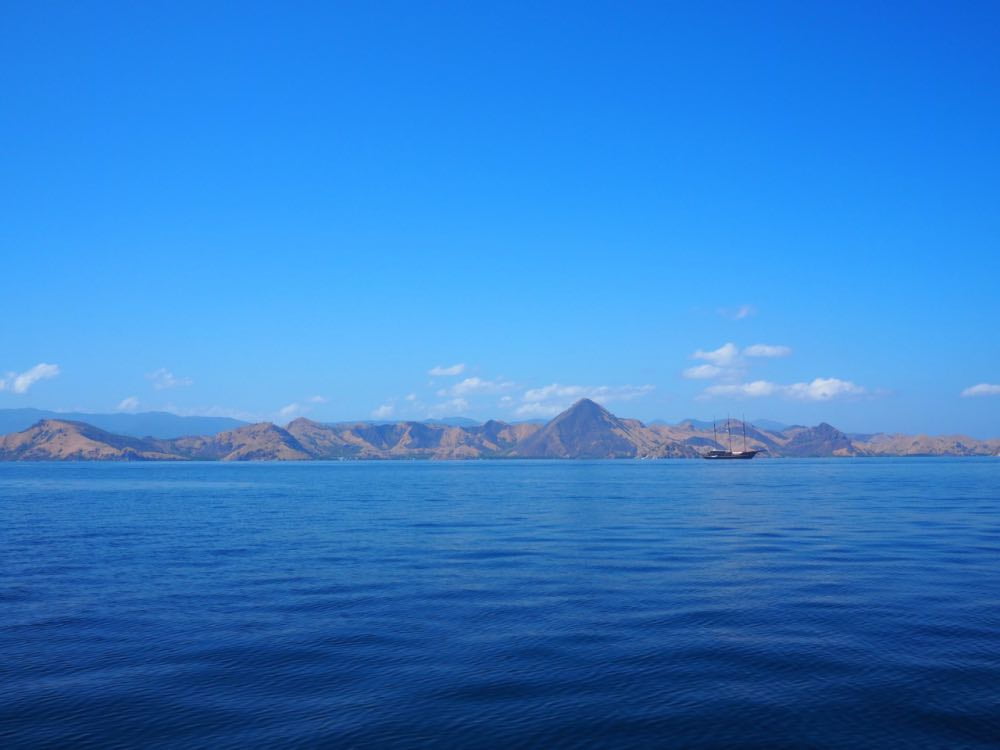 We managed to pick up a Go Pro camera at Perth airport and this was Nicky’s first real opportunity to use it underwater. Having set the button to “repeat” she somehow managed to fire off somewhere in the region of 7000 photographs within 24 hours – which, to be honest, did require some judicious culling. We agreed that a full study of the instruction manual would probably be 20 minutes well spent.

Nevertheless, the diving was just superb. This was the first time I’d been back underwater since I’d gained my PADI open water certification in Koh Lanta. And although Nicky had been a qualified scuba diver since the age of 14 this was her first time back in the water for a number of years, too. However, as we were the only two people on the boat who’d opted to dive we had the divemaster to ourselves – which we really appreciated as we were both a little nervous about it. So, we eased into it with a gentle one to overcome the nerves and become totally comfortable again, both with the equipment but also to put into practice the skills I’d previously learned.

The second dive (at “Mini-Wall”) was just brilliant. In crystal clear water we dived to a depth of 20 metres until we came to the mini-wall in question – a vertical structure covered in fabulously colourful coral and teeming with fish. Although the fish weren’t particularly large, the sheer numbers and variety were just spellbinding.

Unfortunately, my ascent to the surface wasn’t one of my proudest moments. Because of the change in air pressure as the water gets shallower, it’s important that you ascend slowly, and the divemaster had prepared a “safety stop” at a depth of five metres to allow our bodies to properly acclimatise to the decreasing pressure. For whatever reason, I couldn’t slow down and continued upwards towards to the surface, resulting in a slight nose bleed – which meant that my diving mask looked scarily bloody.  Thankfully there was no real damage but it did serve as a reminder to me not to take anything lightly about this potentially dangerous pastime.

It didn’t stop either of us wanting to get back underwater as soon as we possibly can, though. 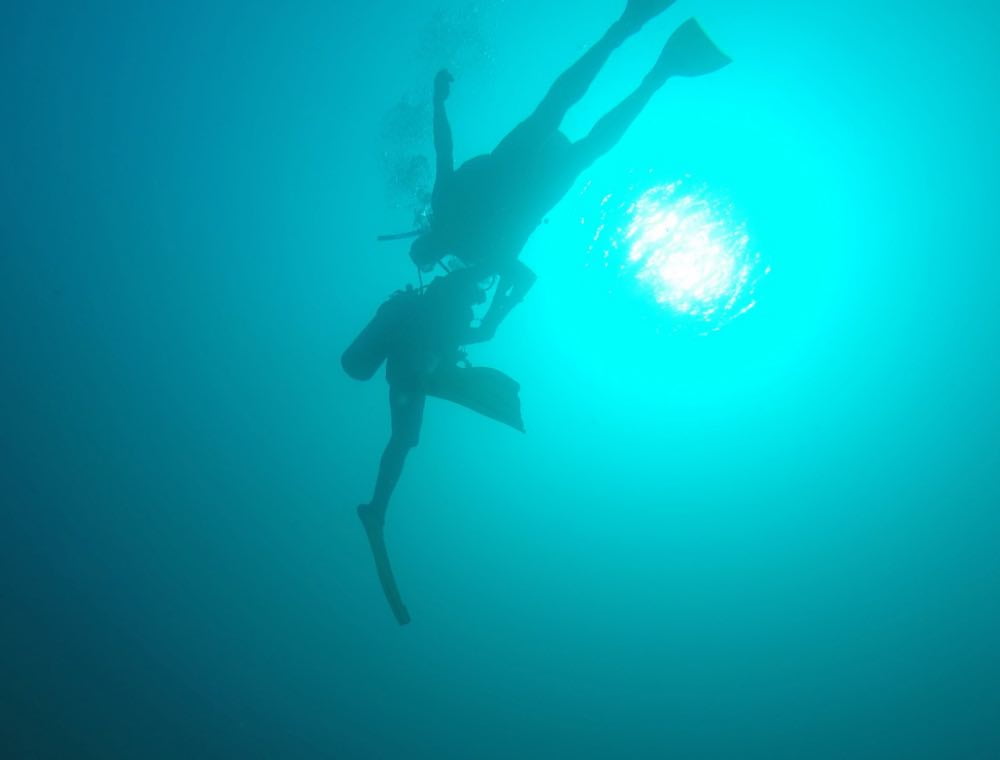 Camping on the beach

There’s something about camping on a deserted beach that fires the imagination. And because the eight of us on board had already really bonded well together it made for a lovely evening of fish dinner followed by cold beers around the campfire.

The crew had brought along an ice box with some small cans of Bintang and a larger number containing full-fat coke – they’d clearly not done their preparation homework for a tour containing six Brits and two Austrians. Mercifully, we’d had the foresight to pick up some large bottles of beer from the supermarket before we boarded the boat. A planning hallmark so typical of the battle-hardened travellers we’ve now become.

And, after a reasonably good night’s sleep, it was time for us to be picked up and returned to the boat for our second day on the water. Which in some ways was a shame because, with the tide now in, the beach was just stunning. 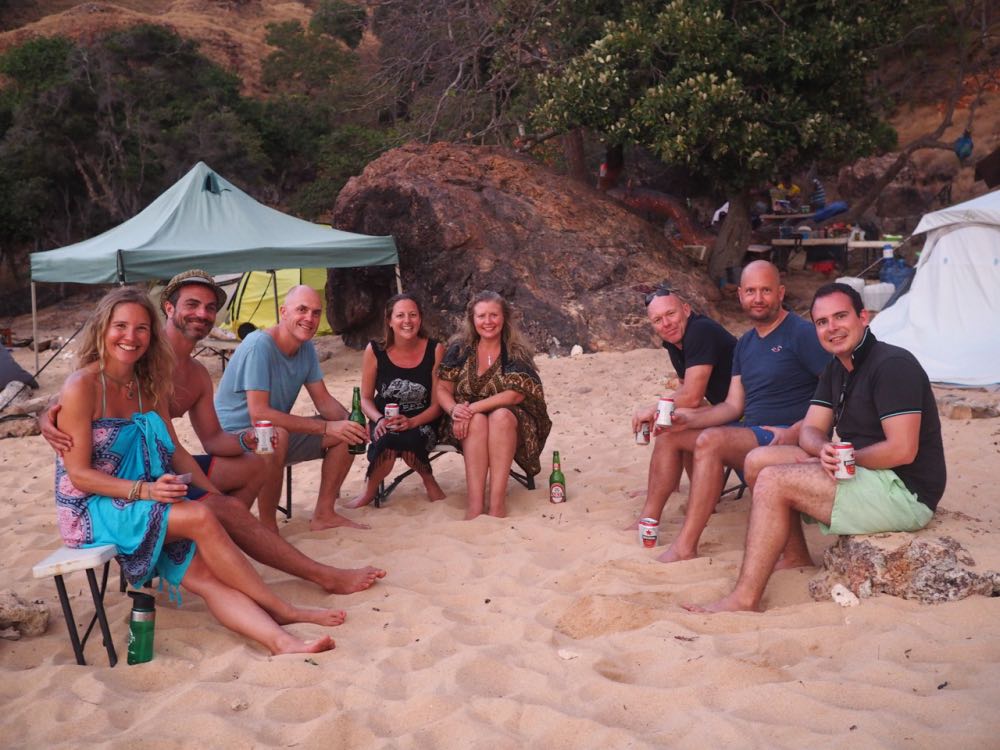 But there was a good reason for making an early exit from the island. We needed to get to Manta Point to see the huge manta rays that use it as a cleaning station. When we arrived, we jumped into the water on our divemaster’s instruction, to find ourselves immediately face-to-face with a beautiful manta as it swam past, mouth wide open feeding on krill. It was a moment to compare with our meeting with a whale shark in Western Australia. Only this time, we were suddenly joined by three more rays as they gracefully glided around and below us.

We spent a good 30 minutes swimming with them, while Nicky’s Go Pro camera went into overdrive. It was just exhilarating and yet another “wow” moment for us in the company of some of the planet’s largest and most beautiful wildlife. 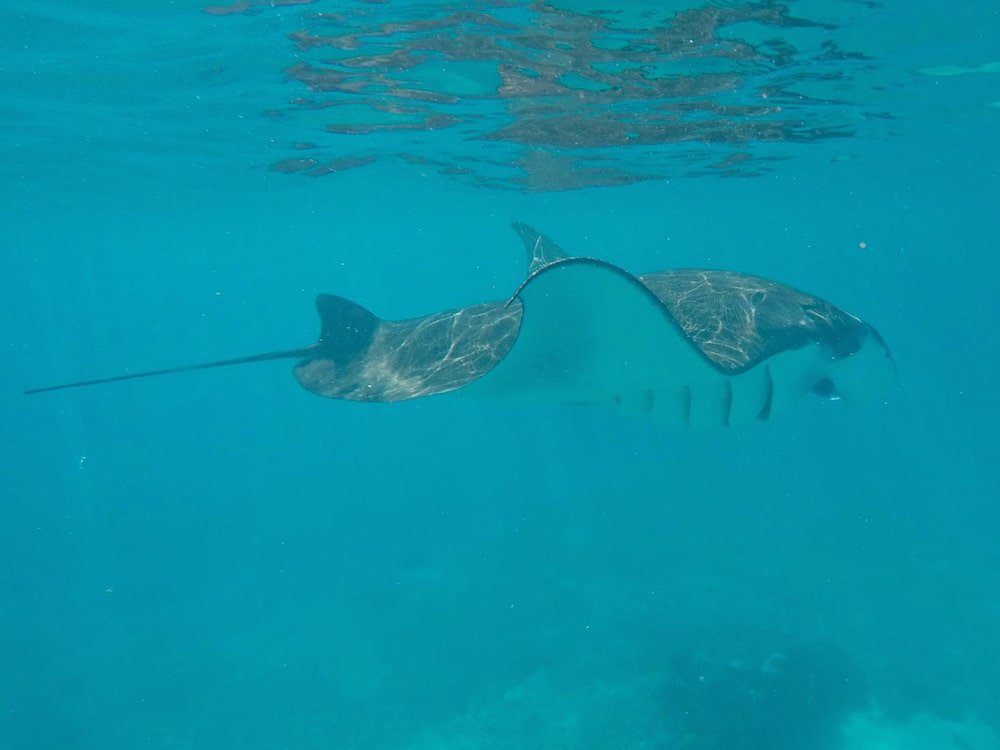 Then it was on to the “main event” of the tour – the trek on Rinca Island to see the famous Komodo dragons – the largest lizards on the planet. As we stepped off the boat onto the jetty an American family told us that they’d just been chased down the footpath by a huge one, so it looked like we were in for another bit of an adventure.

Sadly, it was all a bit of an anti-climax, to be honest. Sure, we saw a couple of dragons close to the ranger’s building – one even got up and walked around for a few seconds before lying back down again to bake in the hot sun. But that was pretty much it, apart from a fairly dull 30 minute-or-so trek with a ranger. That’s nature for you. 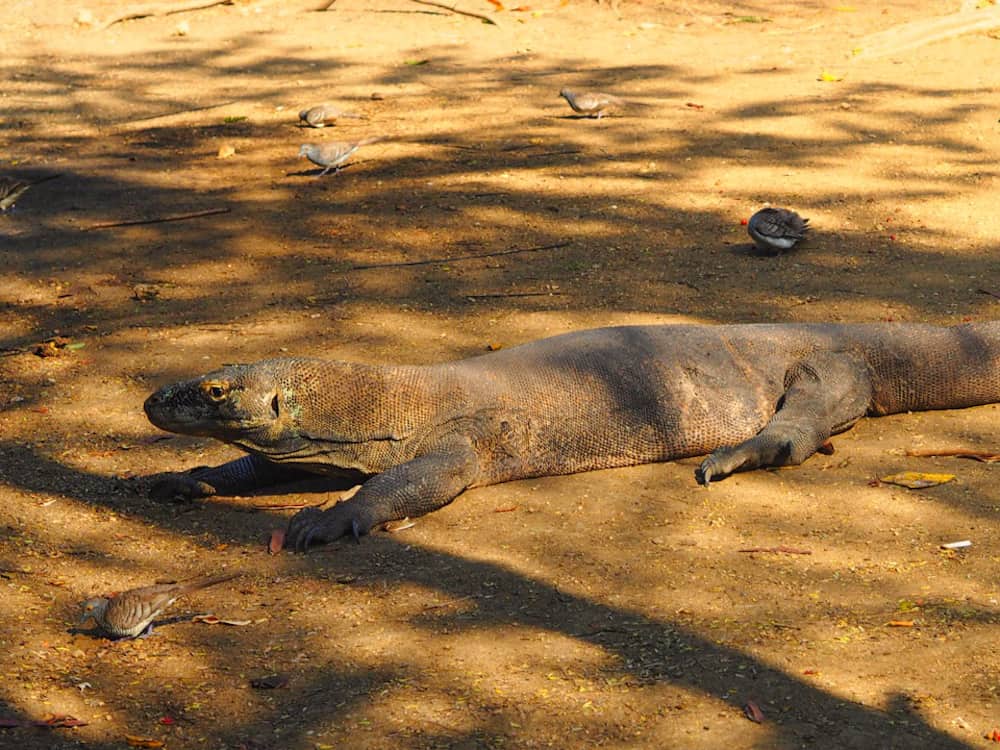 Kalong Island and the flying foxes

Anyway, back on the boat and slightly disappointed by what we’d hoped would be another trip highlight, we again headed off, this time on our way to Kalong Island to see the nightly flight of thousands upon thousands of fruit bats, or “flying foxes”. But first, the sun needed to set, which it did in quite spectacular fashion as usual. 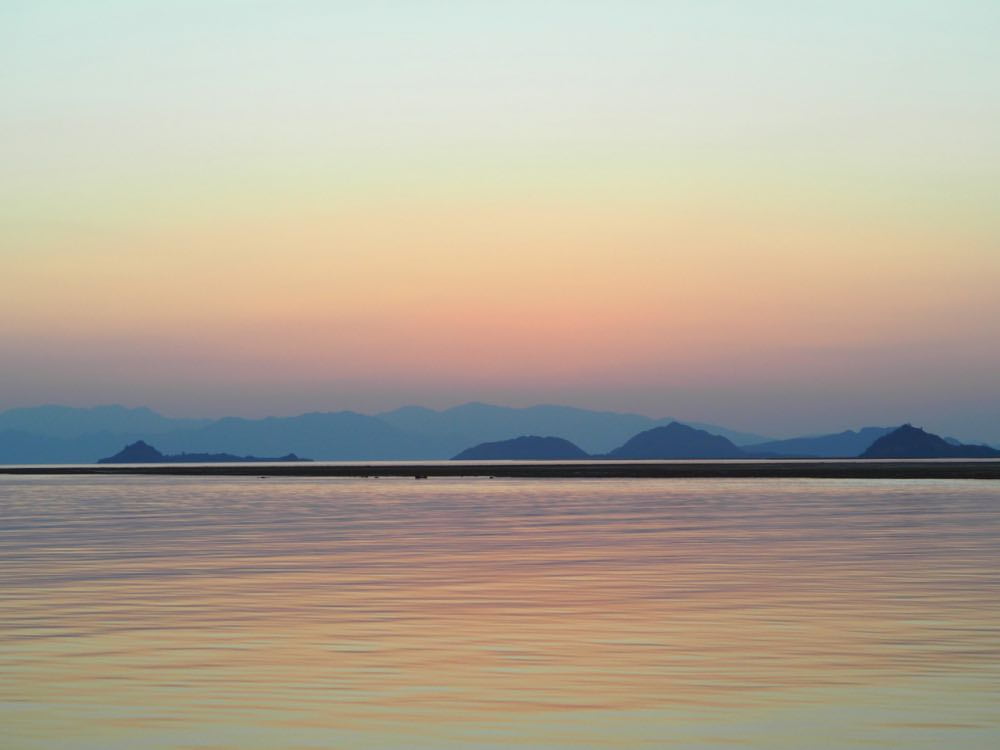 And then we arrived at Kalong Island at just before 6 pm. Our captain told us that he’d guarantee we’d see more flying foxes than we did Komodo dragons. He wasn’t wrong.

At just after 6:10 pm, the first two or three bats appeared from above the mangrove trees, headed towards mainland Flores for food. And then, as if someone had fired a starter gun, the red sky filled with specks of black as thousands of the creatures took to the sky and headed towards us. We watched open-mouthed as they flew above us (never a good idea when bats are around), silhouetted against the red of the sky. And then they continued behind us towards the bright full moon – in fact, it was technically a “blue moon” as it was the second full moon of the calendar month.

And they just kept coming and coming as we stood and watched in silence. Quite breathtaking. 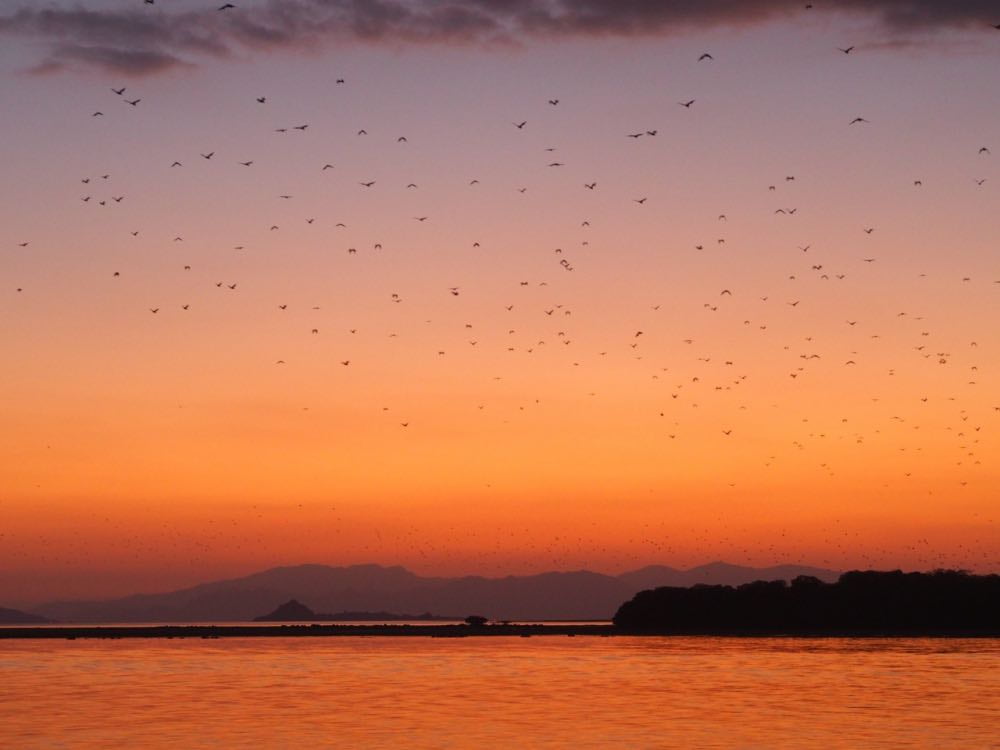 We could quite happily have stayed there longer, but it was an hour and a half boat journey back to Labuan Bajo so our captain turned us around and headed back to port. We all sat on the deck as the lights of Labuan Bajo gradually grew larger and our boat – which by this time was having some engine problems – limped into port.

But this was a minor gripe as it had been an exhilarating two days in the company of some lovely people, and was the perfect end to our two weeks in and around Flores.

In fact, most people who visit Flores don’t actually get any further than Labuan Bajo and its many tours around Komodo National Park. Which is a shame because the island is so rewarding for those who are prepared to let go of some of the creature comforts that other destinations might provide.

But the islands and waters within the national park are so glorious in their own right that you could easily spend a week in this area alone – particularly if you enjoy snorkelling and diving.

Just try to manage your expectations if you expect to see armies of Komodo dragons marching around the savannahs of Rinca or Komodo Island. 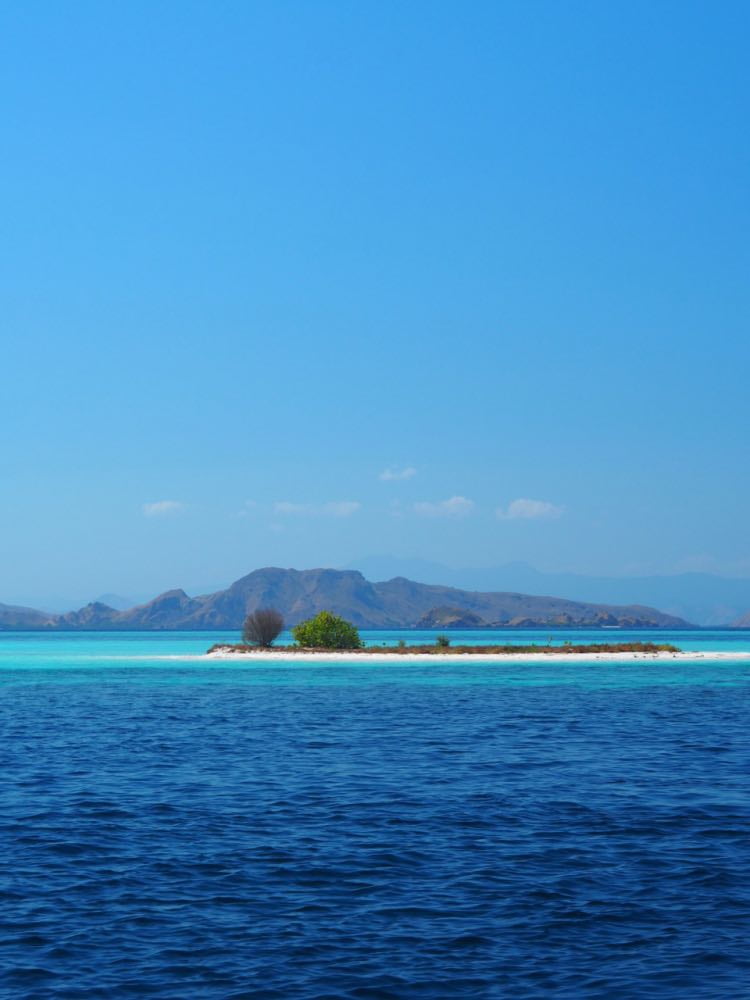 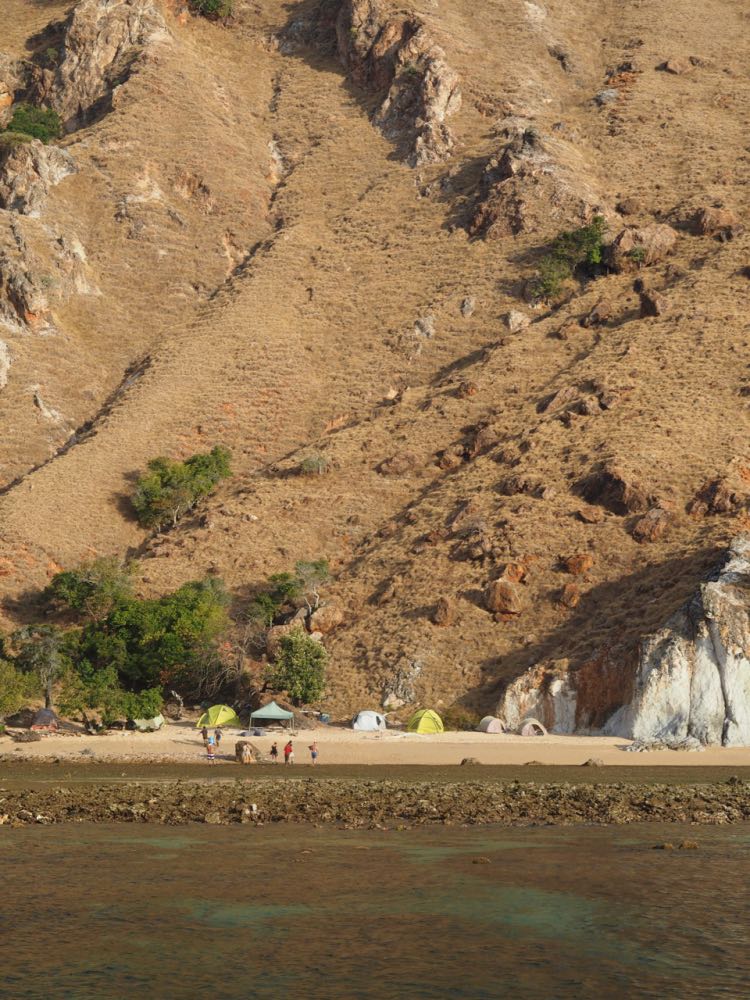 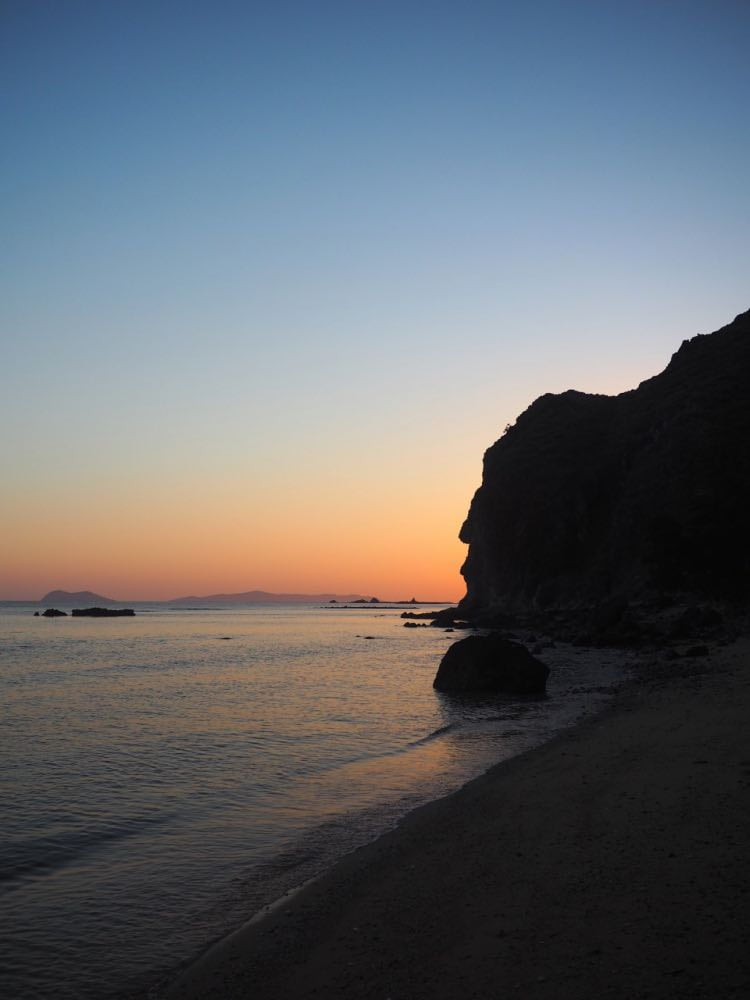 …or visit our Indonesia page.

What did you think? Have you been to Komodo National Park? And, if so, did you see more than just a couple of dragons? What recommendations for the National Park do you have that you’d like to share? Or maybe you’re planning on travelling there soon? Either way, we’d love to hear from you so please add your comments below. 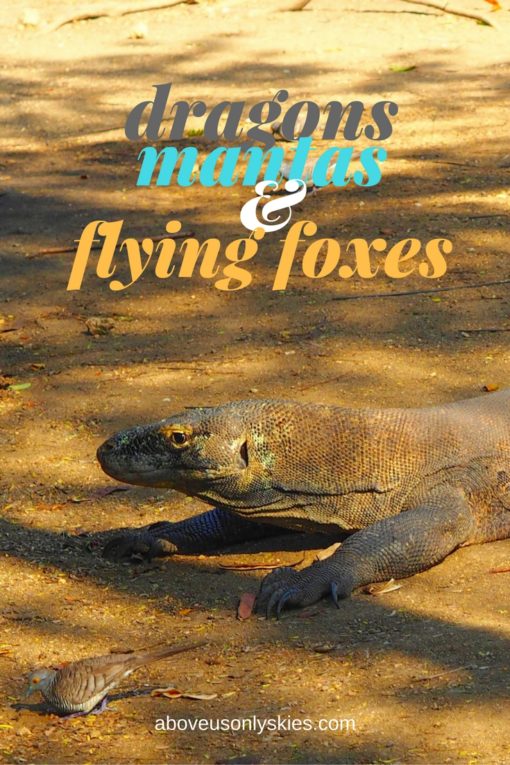 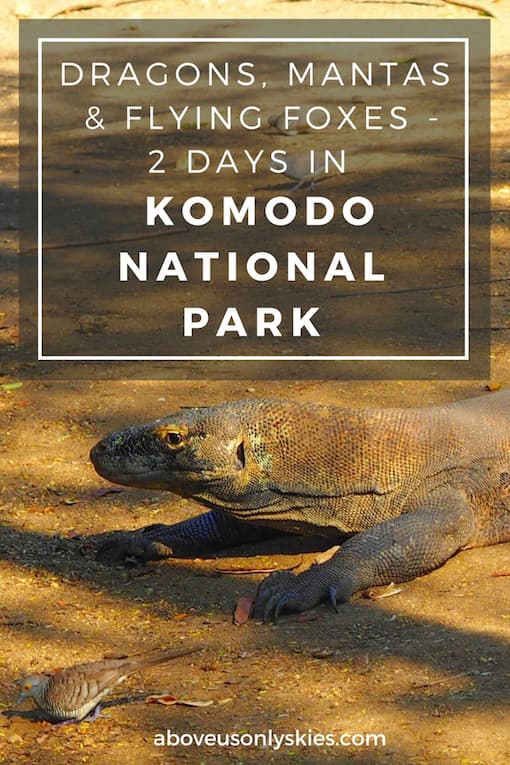 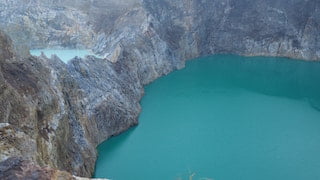 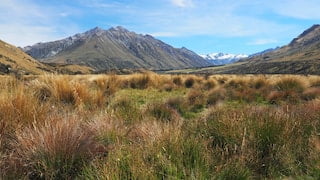 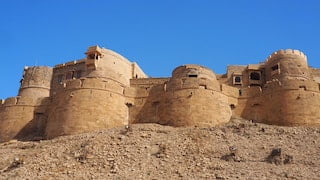