If you’re visiting Ladakh, India’s high-altitude and northern-most territory, you’re most likely doing so to experience the Tibetan Buddhist culture, the fantastic mountain scenery and some of the world’s highest mountain passes (on foot and by road).

One of the best ways to experience this is the bone-jarring day trip from Ladakh’s capital, Leh, to the lake at Pangong Tso.

But the head-dizzying journey over the world’s “highest” mountain road across to the remote Nubra Valley is just as, if not even more spectacular.

At 5,389 metres (18,380 feet), the road through the mountain pass of Khardung La is one that shouldn’t be trifled with, especially if the weather forecast is less than ideal. And, after days of clear morning sunshine, we inevitably managed to pick a day when the weather was looking decidedly dodgy.

So at 7 am we jumped into our shared taxi (along with Deb, an Indian friend I’d met on the Pangong Tso trip), buckled up and prepared ourselves for whatever the weather gods could throw at us.

The relentless, winding route out of Leh started easily enough on smooth tarmac for about 20km – after which it degenerated into a pot-holed mess of narrow track, hairpin bends and the occasional avalanche of loose rock. As always in these parts, the scenery couldn’t fail to be anything other than spectacular. Unfortunately, we couldn’t see most of it because of the rapidly thickening blanket of cloud and developing snow storm.

Our driver reassured us that he’d had over 25 years of experience on these roads, although his confidence meant that he wasn’t about to take things easy. Of course, we’d travelled on icy, snow-covered roads before – but they were in the relative sanctuary of England’s lowlands. Negotiating our way along the side of the highest mountain we’ve ever been on was a different matter altogether.

Still, we lived to tell the tale (obviously) and reached the summit with our nerves just about intact.

A sign warned us that to stay more than 20 minutes at this altitude could be harmful to our health so we gladly took the advice and moved on without delay.

And, to be fair the weather did start to improve as we made our way down the other side towards the Nubra Valley. Suddenly we were able to relax as we glimpsed snow-free road ahead of us snaking its way through the mountain pass. 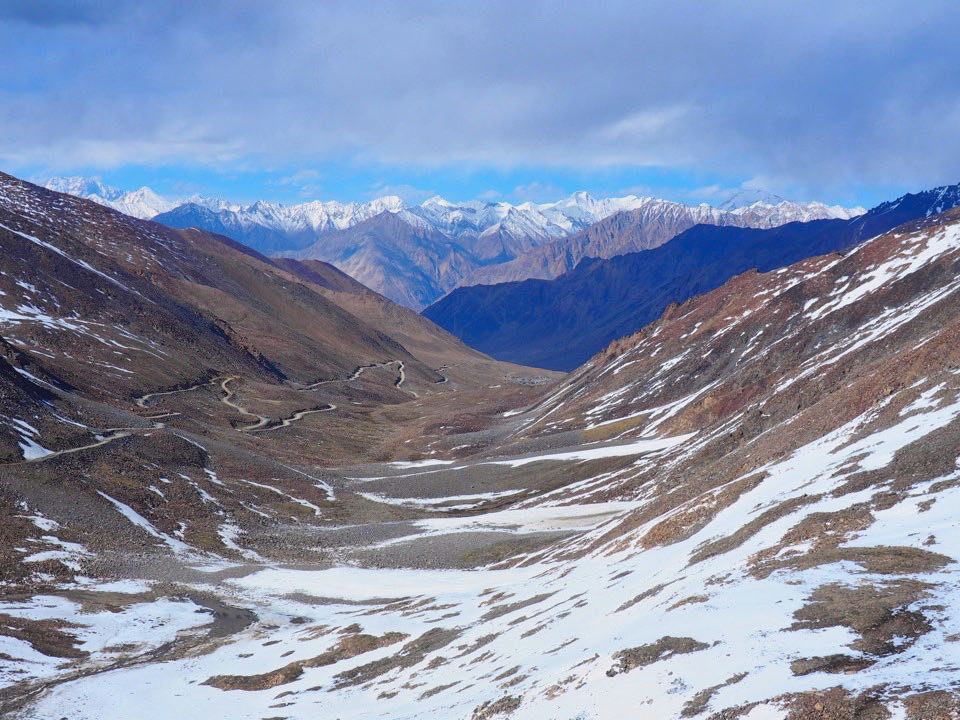 From here the scenery took on a multicoloured hue of reds, greens, purples and greys. But not of vegetation and forests. Instead, the minerals in the rocks produce a stunning kaleidoscope of pastel colours which turned what would otherwise be a dull collection of barren mountain peaks into a panorama like no other.

And then, about four hours after leaving Leh we finally reached the head of the Nubra Valley, its steep walls dissected by desert and the milky green waters of the Shyok River, only giving way to the green oasis of an occasional settlement.

From here we followed the road to Diskit as it wound its way around and across the valley, our journey punctuated by regular stops to take in the ever-changing scenery. 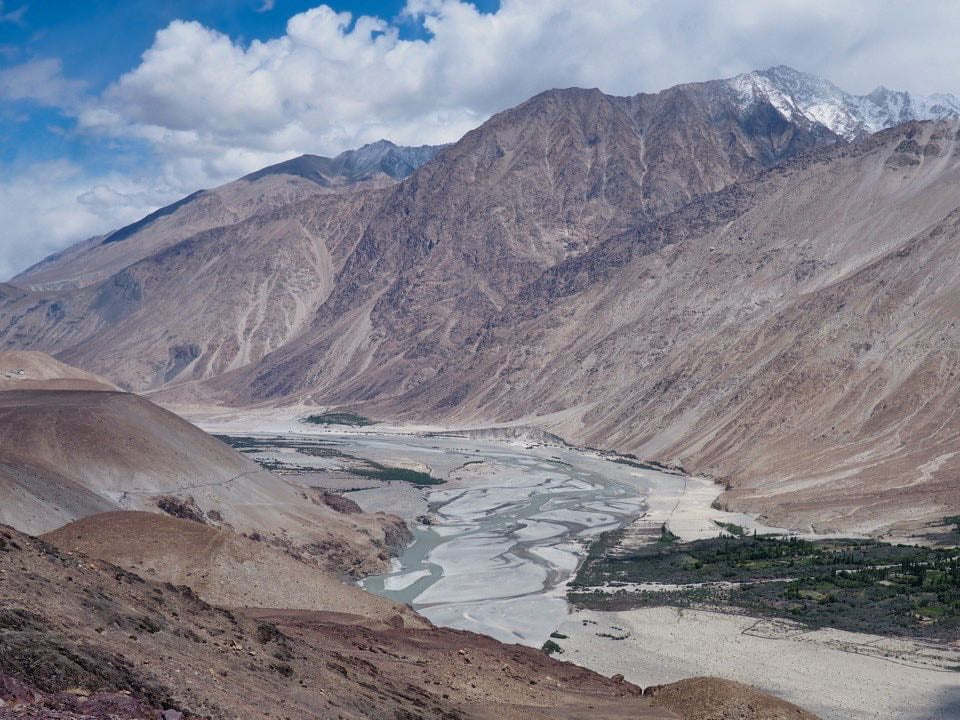 The stark beauty of the Nubra Valley

We arrived in Diskit just in time for lunch at one its road-side eateries. But the main reason for stopping here was to visit the staggering Diskit Monastery and 32-metre Jampa Buddha statue.

Perched on two hills, the monastery itself is over 700 years old, whereas the statue was built within the last decade. The views of the valley from the statue were simply mesmeric and made all the more appealing by the fact that there were hardly any other visitors there. The absolute silence that surrounded the place reminded us of how much India is a country of such contrasts – this was as far removed from the chaos and noise of Delhi as we could possibly imagine. 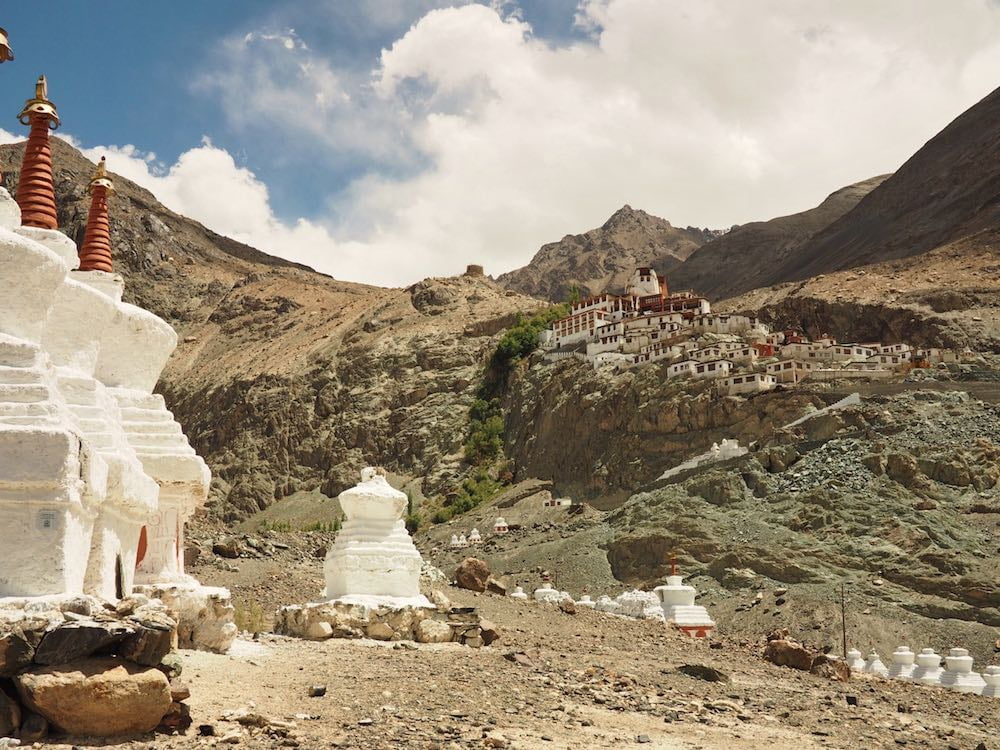 The hillside village of Diskit 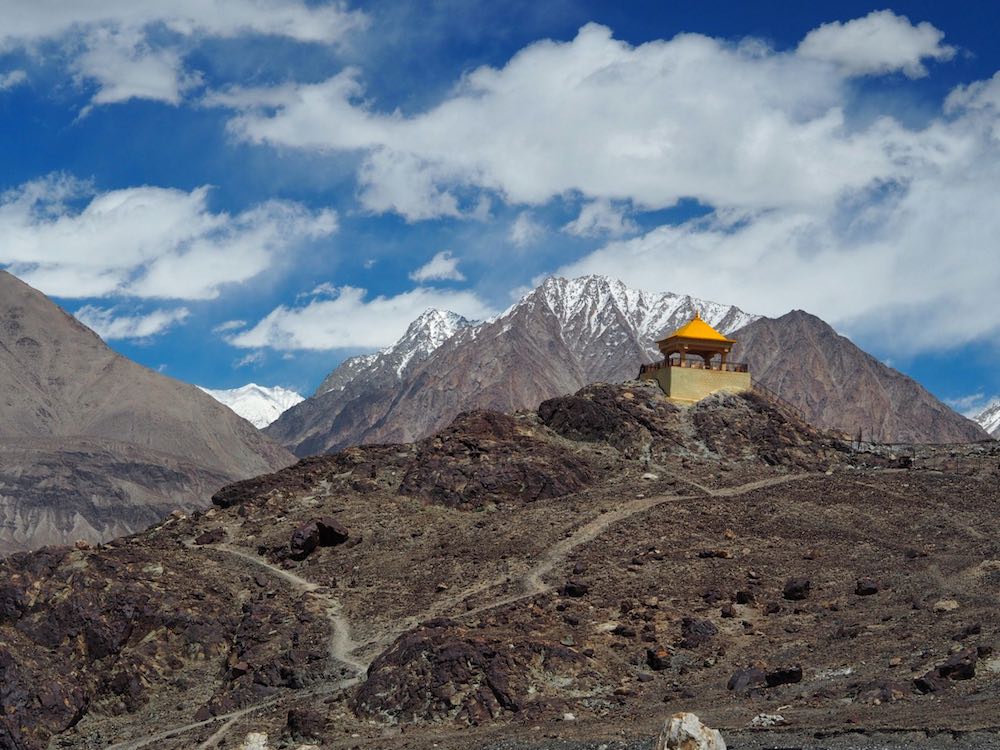 A further half-an-hour from Diskit, the valley floor’s topography suddenly changed from one of sandy rubble to fine dunes. And almost on cue, the sand dunes gave rise to dozens of camels, apparently descendants from the transportation of choice during the trading days of the Silk Route.  These were actually double-humped, or Bactrian camels, unlike the mono-humped dromedary variety common elsewhere.

The road then continued westward along the valley, towards the Pakistan-border village of Turtuk. Our driver, who spoke next-to-no English, surprised us along the way by suddenly stopping the car and jumping out, paint pot in hand, and then climbing onto a nearby riverside boulder to scrawl his name in large letters. Deb informed us that our man had a habit of doing this whenever he visited a place he considered far enough away from his home.

Judging by the number of photographs he posed for he’s also an aspiring “mature” male model, too. 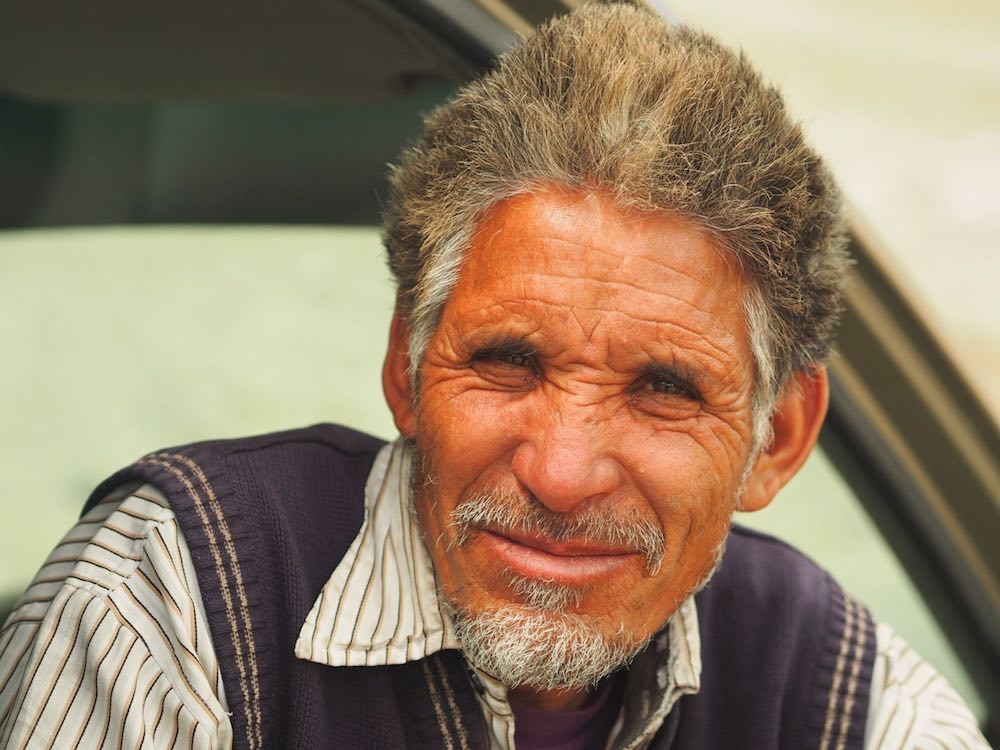 Meanwhile, the road continued on its way through an increasingly rugged and remote landscape, towards the Pakistani border. Like elsewhere in Ladakh, the Indian army presence was highly visible at times, which is not surprising given this was the scene of some of the most ferocious fighting with Pakistani forces as recently as 1999. We certainly got a sense of just how difficult it must be to “police” a huge wilderness such as this. Nevertheless, the final checkpoint on the one road in and out of Turtuk was thorough enough and it really would take a Herculean effort for anybody to bypass it by skipping through some of the most inaccessible terrains on earth. 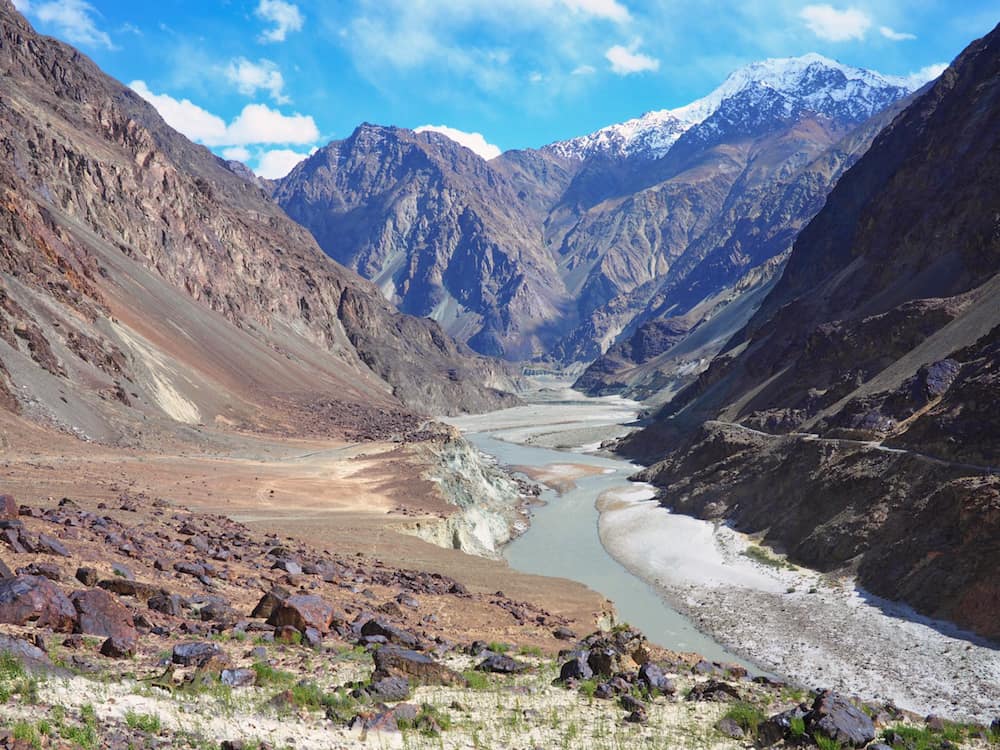 Sublime wilderness on the road to Turtuk

The end of the line, or what’s accessible as far as foreign travellers are concerned, is the uber-remote village of Turtuk, which was actually part of the Baltistan region in Pakistan before it was incorporated into Ladakh after the 1971 Indo-Pakistani War.

The Muslim population here live a highly self-sufficient lifestyle – out of necessity if nothing else. We were accompanied around the village by the owner of one of the few guest houses and were shown how the community works for each other like they’ve done for generations. For instance, there’s an ingenious set of irrigation channels which carry water from the Shyok River at the top of the village down to the mud houses and crops below – there’s even a rota system which enables villagers to divert water onto their own fields.

And all around, there are green fields of wheat, rice, cauliflower and cabbages, while trees bearing apricots, walnuts and apples contrast against the spartan mountains behind. Such a difference when compared to the landscape we’d experienced almost everywhere else in Ladakh.

But there’s no doubting it’s a tough existence. Men, women and children are all involved in working the land and carrying supplies to and from the fields. We met a young girl of thirteen who explained to us why she was helping adult women to haul large planks of wood on their backs. Up a hill that had even left us out of breath.

“I’ve an hour to spare before I go to school”, she said, as if it was the most natural thing in the world.

Which for her, and many children like her, it probably is.

The village itself is situated right at the very end of the Nubra Valley, surrounded by the Himalayan peaks of Pakistan – including the world’s second-highest mountain, K2. An absolutely spectacular location, and prime for a steady increase in tourism. Or it would be if it wasn’t such a helluva journey to get there. The villagers appear to be gearing up for it, though, as we could see by the sprinkling of guest houses being built. And to be honest who’d blame them? 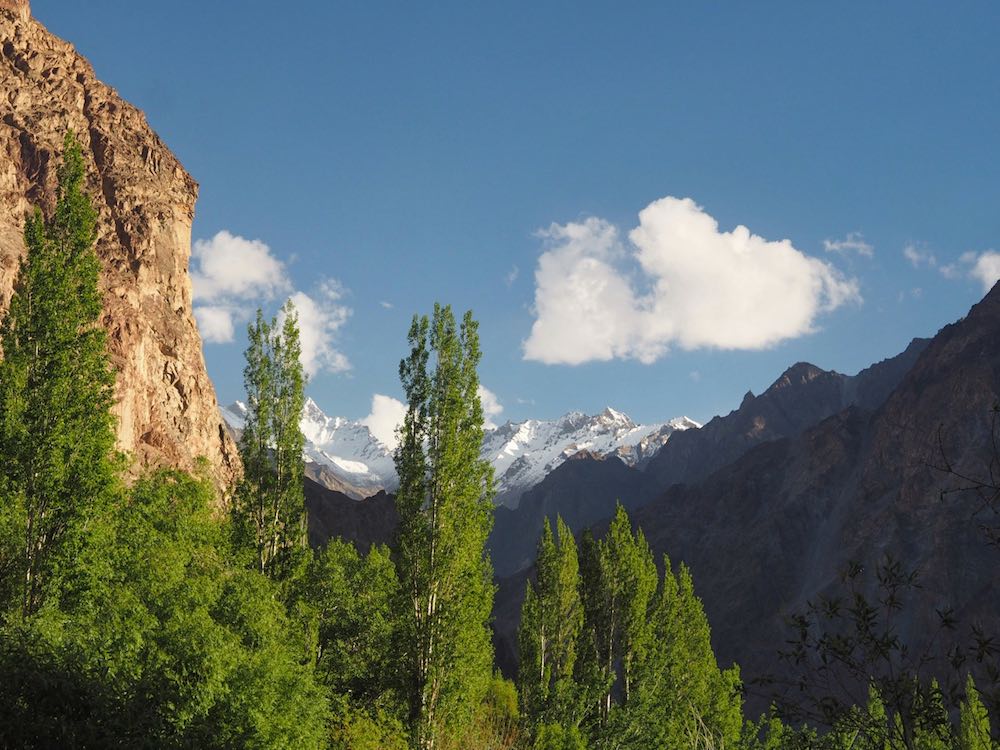 Looking towards K2 and the Pakistani Himalayas

It’s just 128 miles (206km) from Leh to Turtuk but the nature of the road to get there meant that it took us a full nine hours of driving (excluding stops). To be honest, the actual journey is worth the effort alone, but unlike the road trip to Pangong Tso, this is a trip that should be done over at least two days. Accommodation in Turtuk is basic but comfortable enough and, for an authentic experience in what is the northern-most village in India, it’s definitely worth continuing past Diskit.

Of course, it’s another nine-hour drive back to Leh the next day. But then again, if the idea of long hours in a jeep, car or bus on some of the poorest roads imaginable isn’t for you then you probably won’t want to go to Ladakh anyway.

…or visit our India page.

What did you think? Have you been to Nubra Valley in Ladakh? Do you have any recommendations for things to do and see there? Even if you haven’t been we’d love to hear from you so please add your comments below. Thanks! 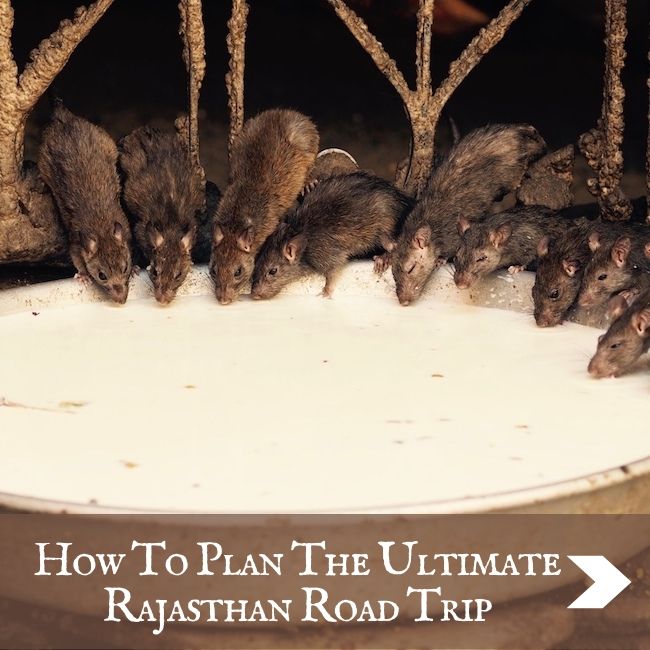 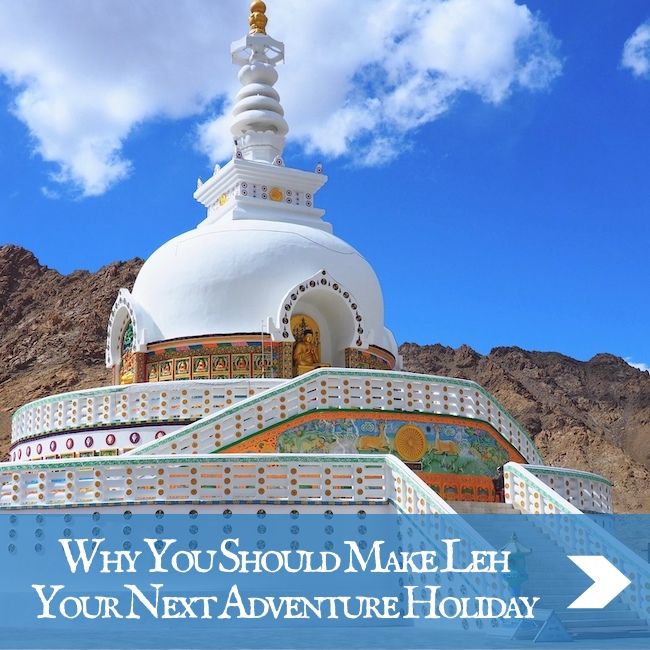 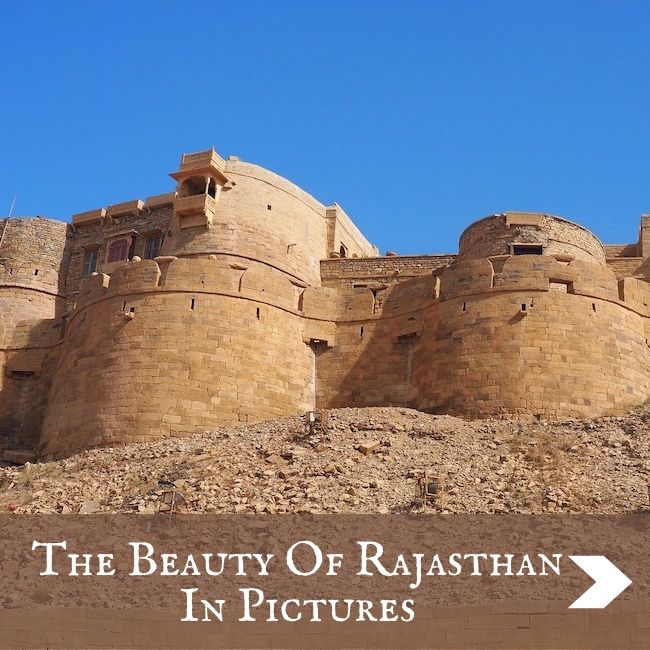 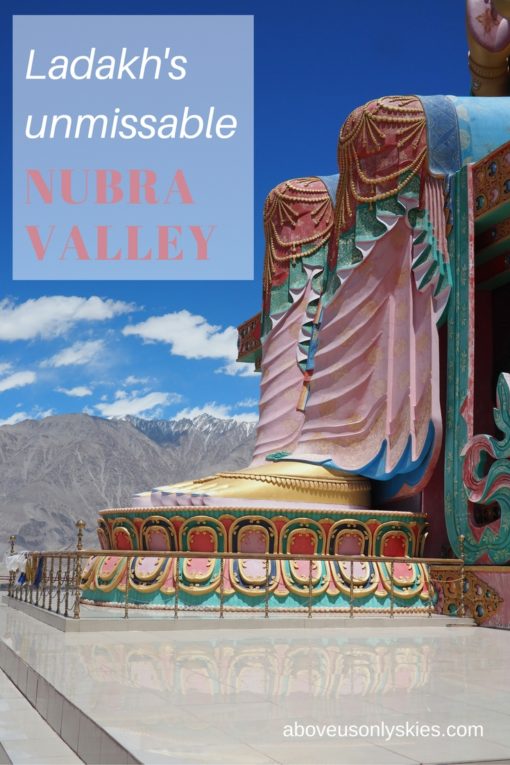 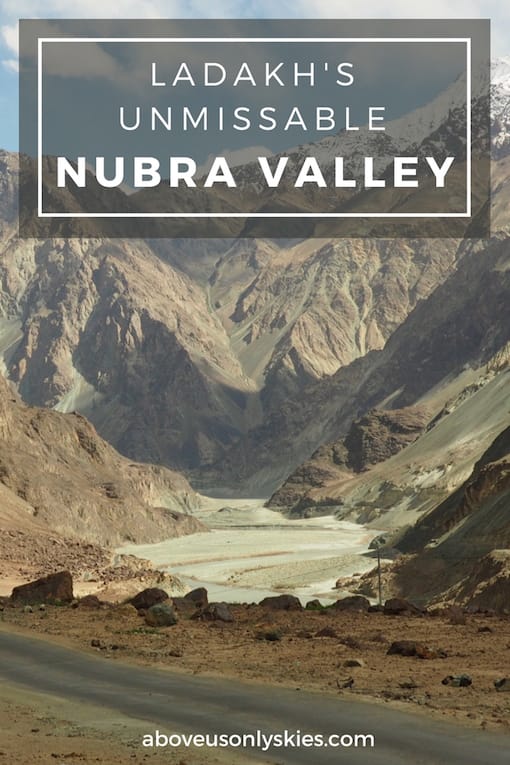