LIMPING BY BOAT TO KOH LIPE 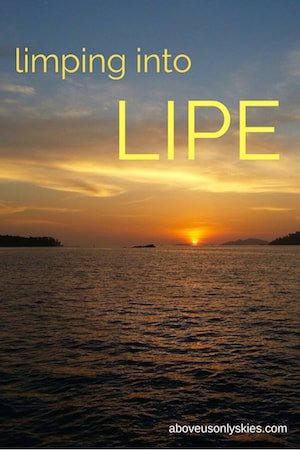 “What time could you pick us up from our hotel?” Nicky asked of the Tigerline Ferry representative the day before our scheduled boat to Koh Lipe from Koh Lanta. “You’ll have to walk” came the non-too-serious reply. So began our non-too-clever experience of using the redoubtable Thai ferry company.

In the end, our pick-up taxi did actually arrive, albeit half an hour late, and so we arrived at Saladan pier and boarded our banana yellow-coloured hi-speed ferry at 10 am, looking forward to arriving at Koh Lipe sometime mid-afternoon. There might even be the chance to catch some late afternoon rays before the sun went down, we thought.

Only we were still sitting at the pier one hour later. Someone mentioned that we were waiting for 40 people who were transferring from the Phuket ferry, although nobody from Tigerline was telling us anything.

Eventually, nearly an hour and a half after we were scheduled to leave, we did finally pull out of the harbour. Due to the stifling heat in the cabin we went and sat on the deck where it was much fresher and we could take in the views of Koh Lanta and other islands en route. In truth, some of the scenery was stunning, particularly around Koh Ngai and Koh Mook. 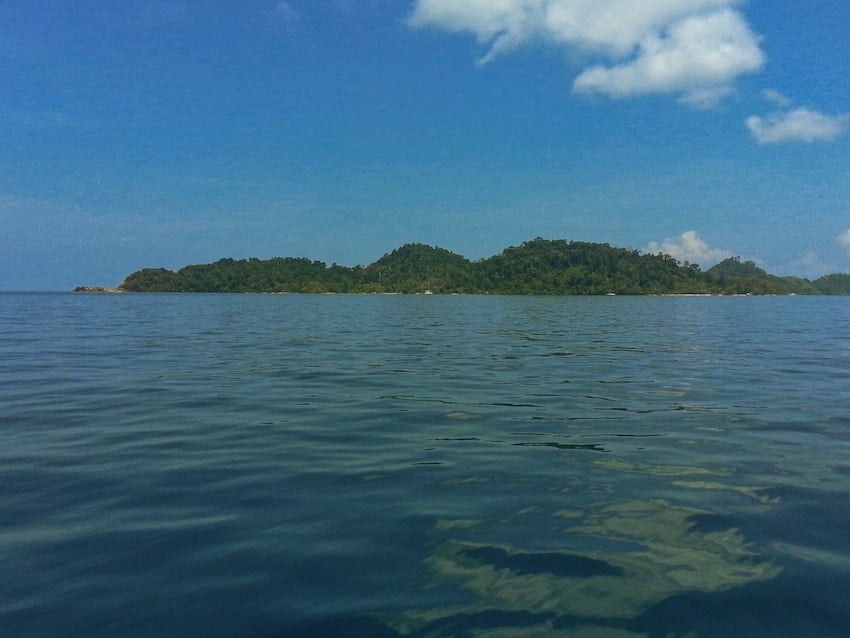 We then temporarily docked on the mainland near Trang where local hawkers came aboard with very welcome trays of fruit, fried chicken and of course cans of Chang. We’d decided that after succumbing to the daily call of beer o’clock in Koh Lanta, that we’d stay off the demon drink for a while, so we opted for water instead.

It was after we left Trang that the fun and games really started.

It’s fair to say that minimising their carbon footprint is not high on the list of priorities for Tigerline. Two plumes of thick black smoke billowing out from the engine funnels accompanied our voyage from the moment we left Lanta.

That was until one of the engines failed and our two plumes became one.

The ferry slowed down to the pace of a pedalo, while a guy disappeared downstairs, spanner in hand and with what presumably was a can of industrial strength WD40. And within 10 minutes, where there had been one beautiful plume of black smoke, there were now two again.

Unfortunately, within five minutes we were back down to one. And so it stayed for the remainder of the voyage. 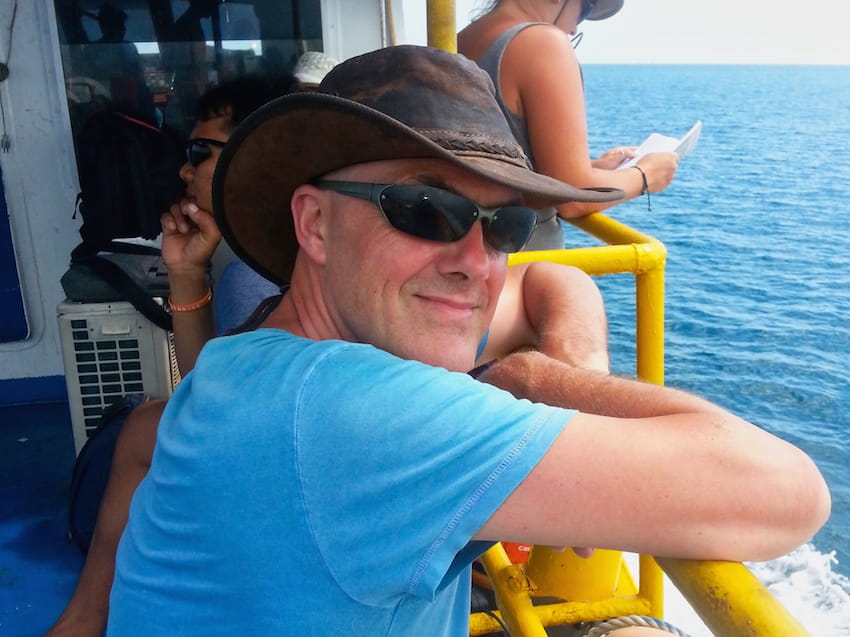 Still no information from the crew about what was going on or what time we could expect to arrive in Lipe. However, this is where our Thai wannabe DJ friend took centre stage. Acting as a kind of liaison officer between ourselves and the crew, our man gave us what was then the bad news that we wouldn’t now be reaching Lipe until 5 pm (it was now 3 pm, the time when we were originally supposed to arrive).

As we continued to labour on our way the 5 pm prediction became 5.30. Our man seemed to be enjoying his time in the limelight. With his over-sized headphones firmly in place and miming to whatever top tune was currently on his playlist, he wandered among the passengers, slowly but surely cranking up the stress levels for everyone. “Calm down” he reassured me at one point, “If we go any faster we sink to the bottom and then you die”. Clearly, the guy is destined for bigger things in the arena of customer care. Either that or he’s just a complete wind-up merchant.

Anyway, on we went. The ETA of 5.30 of course then became 6 pm. We could see some storm clouds and lightning building in the distance. Our one remaining engine was starting to make non-too-healthy noises too. And the sun was so low in the sky that it was now turning into a sunset cruise. Maybe they’ll bring out the cocktails shortly, I thought.

Our ETA was now 6.30. But we all knew there was no chance of making it by then. Restlessness was growing among the passengers but still no official word from the crew. At this point, we were getting past caring what time we would actually arrive, just as long as they got us there safely. Still, we got some decent sunset photos. 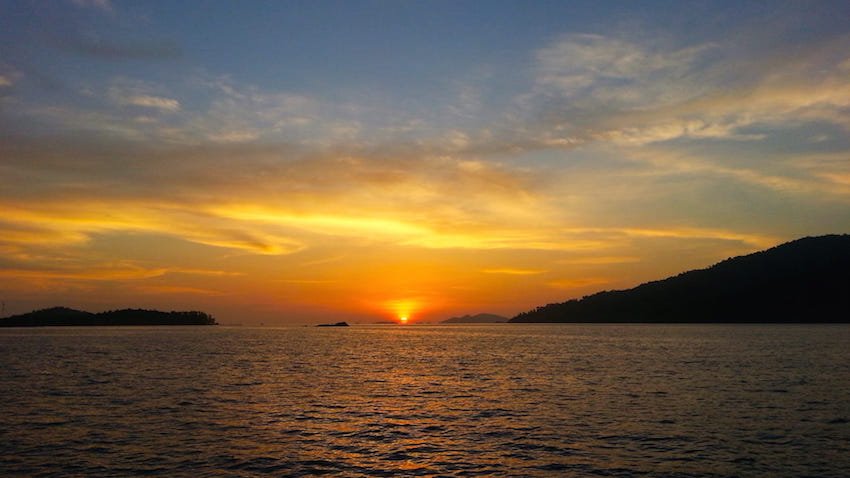 Finally, we approached Pattaya beach on Lipe at just after 7 o’clock – some four hours late and nine hours after we set foot on the ferry back in Lanta.

One final trauma involved being dropped off half a mile from the beach and being transferred to a longtail boat for the final leg of the journey. Transferring luggage and passengers across to an unstable boat in almost complete darkness would probably be a Health and Safety Officer’s worst nightmare back in England.

But we made it, tired, thirsty and very hungry. To hell with our ‘no beer’ policy for this evening, we decided.

As we disembarked from the boat I imagined there to be a pre-recorded corporate message from Tigerline over the tannoy. Something like “Thank you for sailing with Tigerline Ferry. We do hope you enjoyed your journey and will choose to use again…when you fancy pissing about on the Andaman Sea for hours on end.”

We’ve since found out from another couple who are travelling on to the nearby Malaysian island of Langkawi that the Malaysian authorities won’t allow Tigerline access due to safety concerns. Which was something in the forefront of my mind when I sat on the beach the next day and watched as a banana yellow-coloured ferry chugged its way across the bay, two plumes of black smoke billowing behind across the bright blue sky.

…or visit our Thailand page.

What did you think? Have you experienced the boat to Koh Lipe with Tigerline or any of the other ferries in Southern Thailand? Or maybe you’re planning on travelling to the island soon? Either way, we’d love to hear from you so please add your comments below. 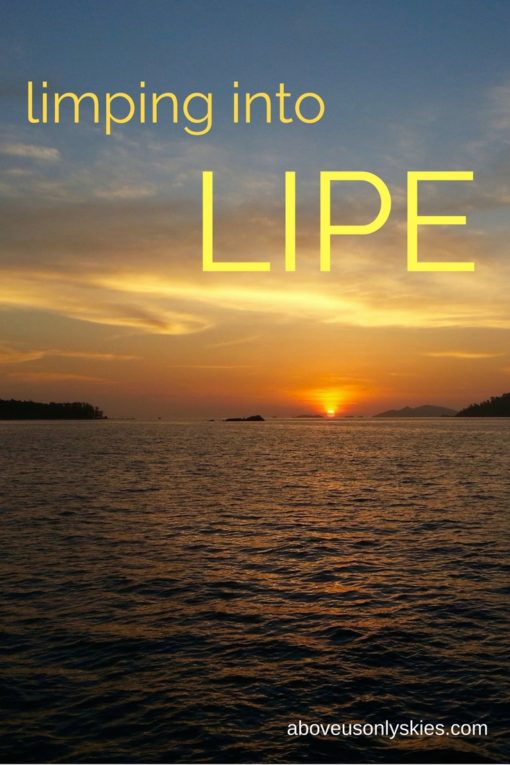 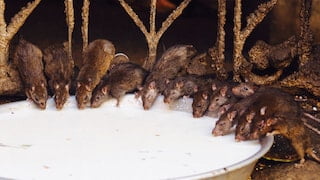 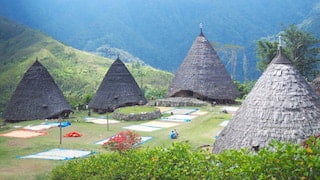 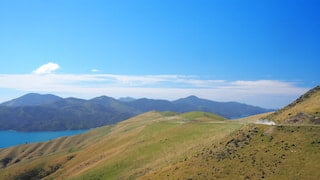 IS THIS THE WORLD’S BEST ROAD TRIP? 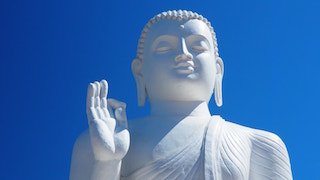 HOW WE TOURED SRI LANKA ON A BUDGET