What Is It With Malaysian Bus Drivers? 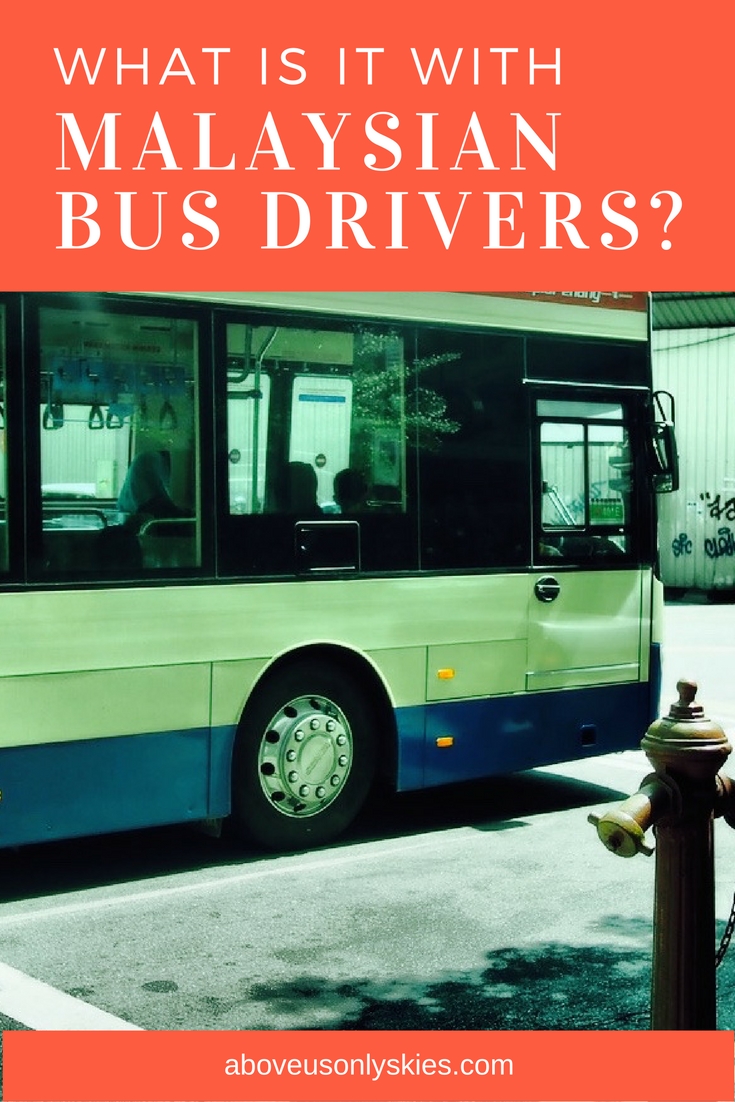 The road through town was an arduous one. Locals and tourists on motorbikes jostled with lorries loaded with rubble, while pedestrians weaved their way in between the traffic en route to the large vegetable and fruit market at the side of the road.

Meanwhile, our bus driver, mobile phone clutched to his right ear, was laughing his way through yet another long-winded conversation, while his left hand was busily trying to shift up and down the gears. With no hands available for the steering wheel, things were looking a little dodgy for everyone concerned – including us 40+ mortal souls on board.

Suffice to say, we made it through to Tanah Rata in the Cameron Highlands. Somehow.

If this had been an isolated incident we could have just passed it off as one maverick bus driver who thinks he’s above the law. But in an amazing show of solidarity, our driver from Melaka to Kuala Lumpur airport also used his two and half hours on the road to catch up with a range of people either by text or telephone call.

That would have been bad enough in itself but his plight was handicapped by the fact that the bus was simply not fit for the road. In between kangaroo jumps as he shifted through the lower gears, the bus pulled up to a painfully slow 15km per hour whenever we hit a hill. Our man’s response was simply to pull over on to the hard shoulder with his hazard lights flashing until the hill had been breached and we could use the flat or downhill segment of the road to gain some speed again. And of course to call another of his mates. 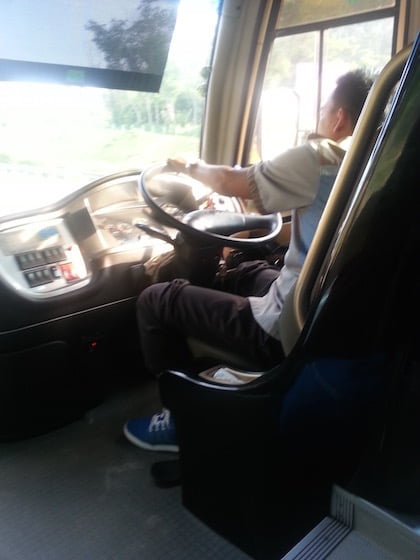 At least our bus driver in Georgetown was good enough to not repeatedly break the law. No, his particular vice was to drive around like a complete maniac, barking and gesticulating at anyone who had the temerity to get in his way.

Dare to cross the road at the bus station while he’s making his way to the allotted bus stop? Well, that deserves a clenched fist on the horn, an offensive looking hand gesture and letting off enough steam to boil a kettle.

Fancy stopping your car at a red traffic light when our man is rolling up behind you? Well, you’re just inviting trouble.

And don’t even think about trying to pay for your fare with a 50 ringgit note. You deserve every death stare coming your way.

I’m not sure what’s going on with the Malaysian bus companies but they might want to review their driver guidelines and take a look at their recruitment policies. If it says anywhere that “applicants must be able to negotiate a 53 seater killing machine without the aid of hands and without an ounce of concentration” then it should be removed immediately. And if a statement exists that “applicants with anger management issues are welcome” then it should be withdrawn at once.

Until then, I’ll be taking the train or just going for a long walk.

Visit our Malaysia page for further posts on the country and information on where we stayed.