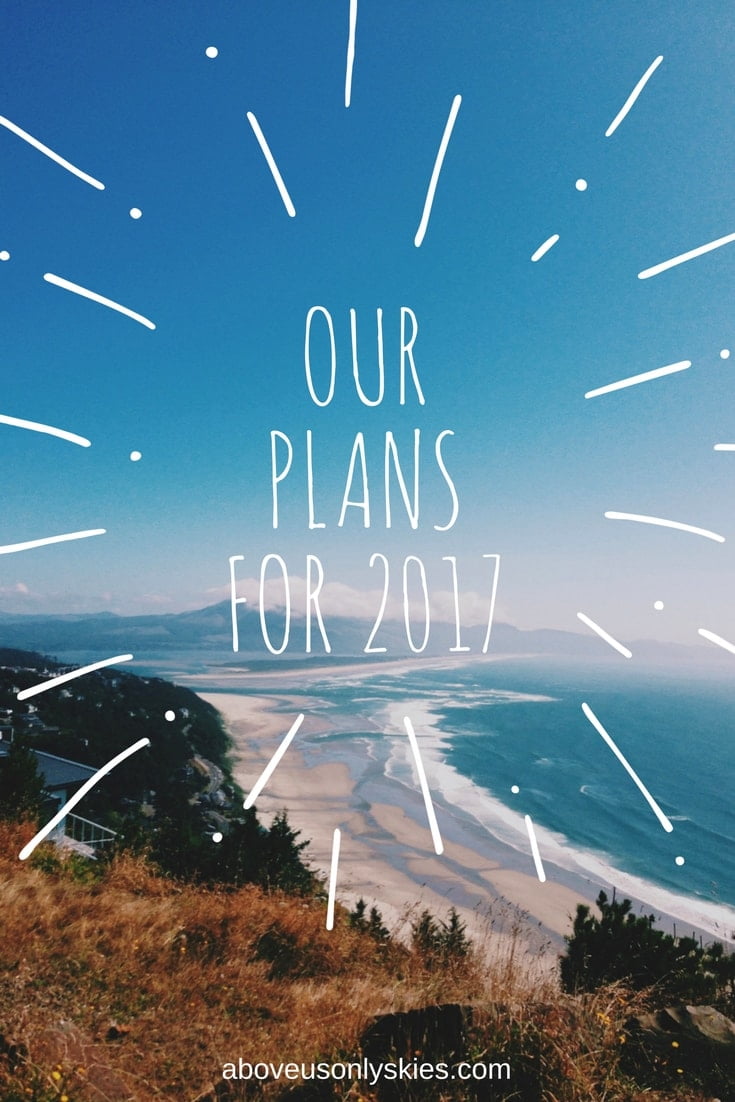 It’s been a while since our last post. More than six whole weeks, in fact. So it’s about time we came out of our unenforced hiatus and wished all our readers a Very Happy New Year.

And as we enter the second week of January we thought we’d update you on what we’ve been doing and what our plans are for 2017.

We’re pretty excited about them, to be honest.

Actually, we’re beside ourselves with excitement!

So, what have we been doing for the past six weeks?

Well, our four house sitting assignments in France came to an end in November and we flew off to beautiful Budapest for a week to stay with Nicky’s cousin and her partner. We walked our feet off in sub-zero temperatures, checked out some of the city’s revered ruin pubs and ticked off as many of its must-see attractions as we could. We even found time for some R&R in one of its historic spa centres. We’ll tell you more about it in our ultimate guide to Budapest, which is currently in the works. 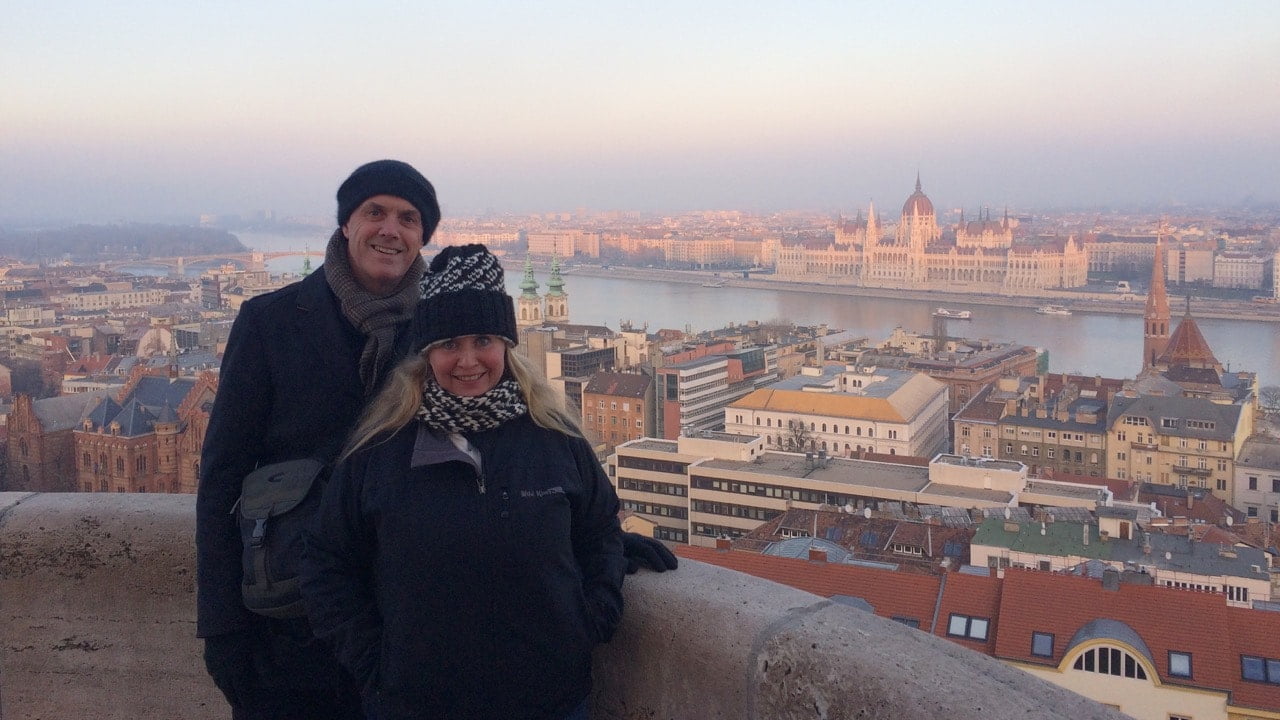 We returned to Toulouse airport to be picked up by our house-sit hosts in Tarn, with whom we spent another couple of days, along with the adorable Bertie. We think this part of south-west France is pretty special. Beautiful countryside, gorgeous medieval villages and towns, traffic-free roads and a laid-back approach to life that’s a million miles away from the hustle-bustle of urban society. 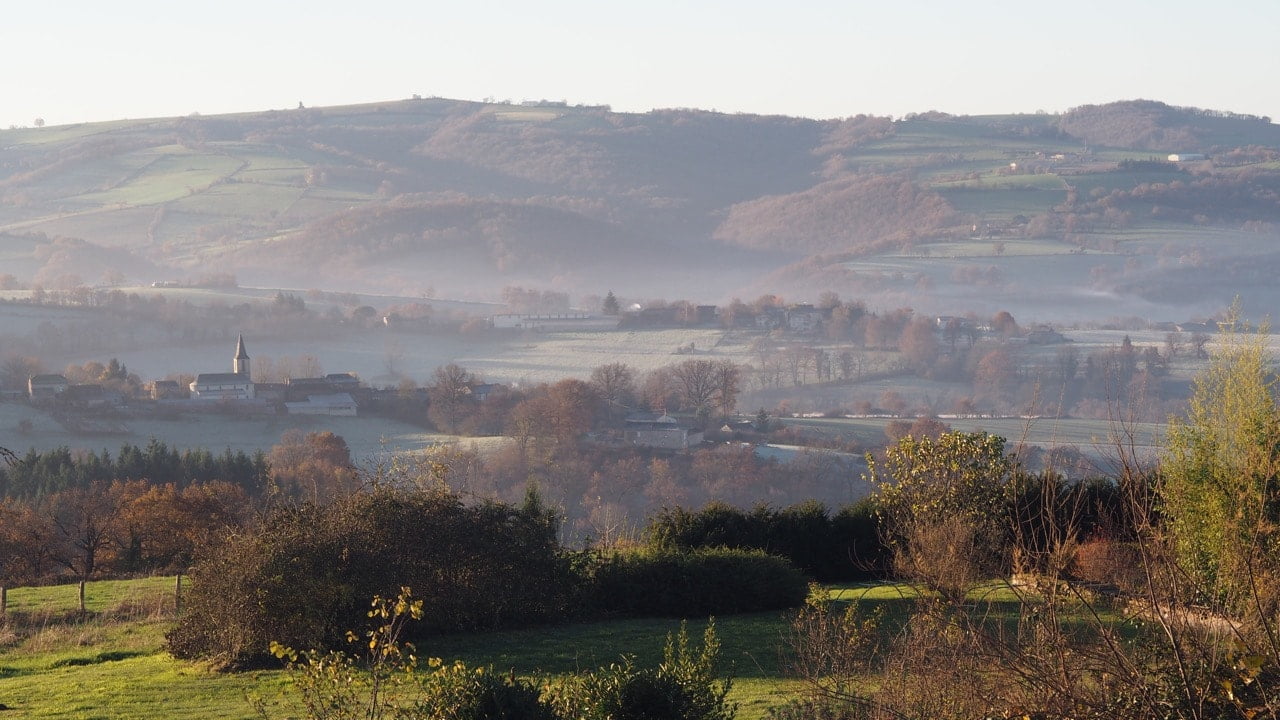 From there we returned to England to catch up with family and friends over Christmas. And to spend some quality bonding time with grandson, Rory… 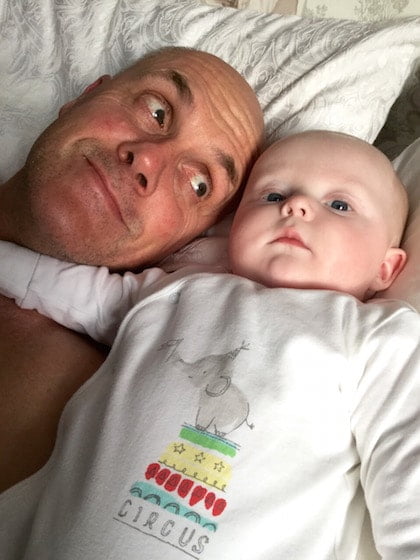 We even managed to stop jumping around from house-to-house to fit in another house-sitting gig. This time in a 17th-Century sandstone cottage looking after three Chinese Geese and a cat. It’s the first time we’ve looked after geese and it’s probably fair to say they didn’t really warm to us. Mind you we did manage to lock ourselves out of the house on our first day so perhaps they thought we were just too dumb to be bothered with.

They say you should take the opportunity to learn from experience and I can assure you it’ll be the last time we’ll close a back door behind us without checking first if it locks automatically. 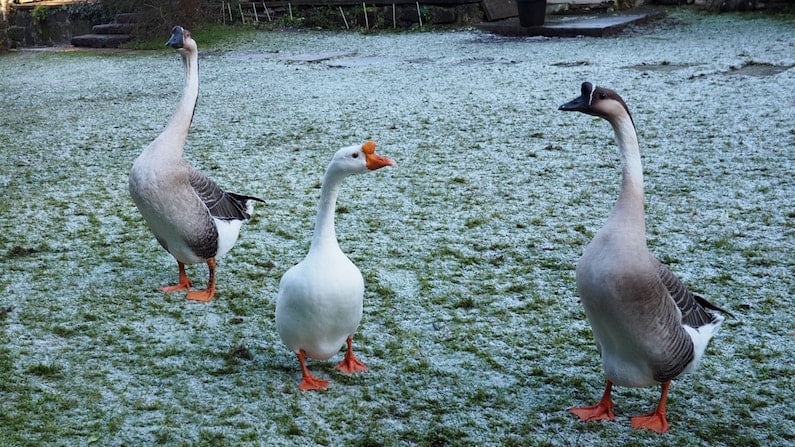 We headed back south for New Year and another house-sit, this time in London before we loaded up the car, jumped on the ferry and once again waved goodbye to the chalk cliffs of England’s south coast. 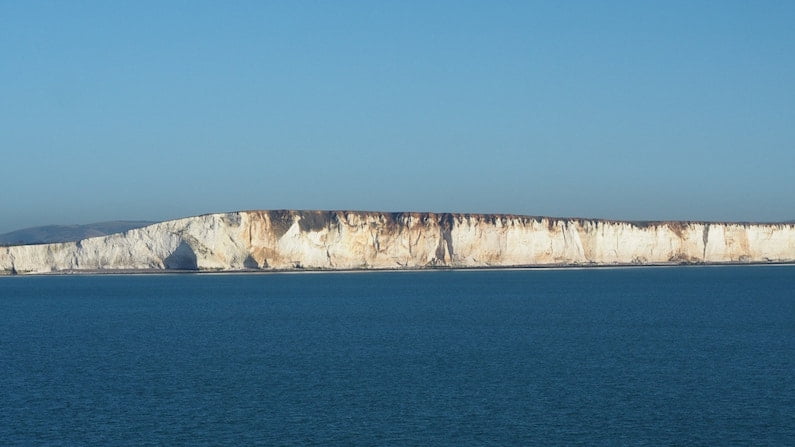 Which brings us round to our current house-sit in northern France, where we’ll remain until early April.

So there you have it – a hectic six weeks and lots of travel by road, which has left us pretty exhausted if we’re honest. Not surprising given the insane amount of cars on British roads over the Christmas period. And the inevitable roadworks, breakdowns, accidents and traffic jams.

It’s time now to recharge, set some goals for the year and recover from the heavy colds we both seem to have passed back and forth to each other.

As I mentioned earlier we’re house-sitting in north-west FRANCE for three months, looking after dogs, geese, chickens and a parrot. It’s an opportunity to relax, take the dogs for long walks, cycle around the countryside and get ourselves back into shape after what has been six months of poor health management!

We’re cutting back on the wine, bread and cheese and stepping up our exercise regime in an attempt to lose the excess “timber” that’s quietly crept up on us.

We’ll be making further tweaks to improve the look and feel of the blog. We’ll be writing regular blog posts again (promise!). Hell, we might even attract a few more subscribers.

And, in April, we’re heading down to the far south of France for a bit of spring sunshine. So far, so very genteel. 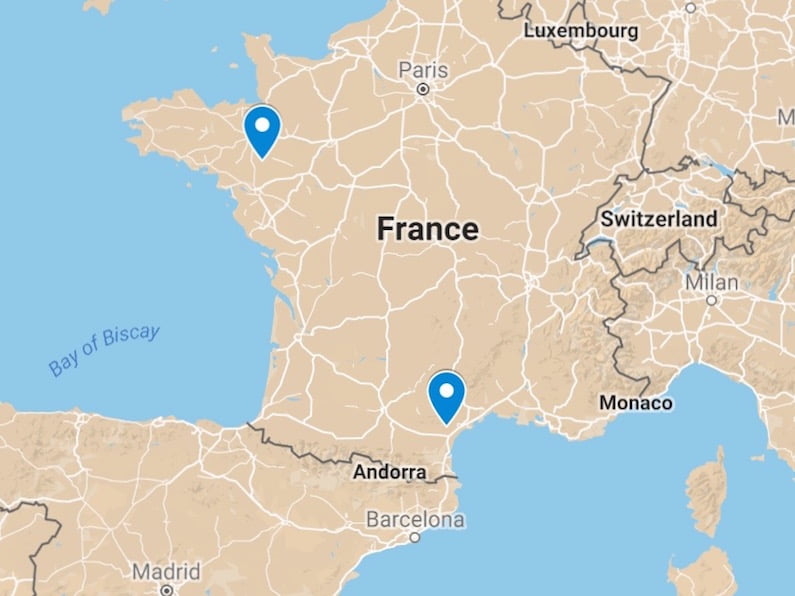 And then things start to get very interesting.

We’ll be taking a flight to New York, before catching another flight the following morning to the BRITISH VIRGIN ISLANDS in the east Caribbean. We’ll be house-sitting with three cats in a spectacular hillside home on the island of Tortola.

Excited doesn’t even begin to describe how we feel about the assignment. 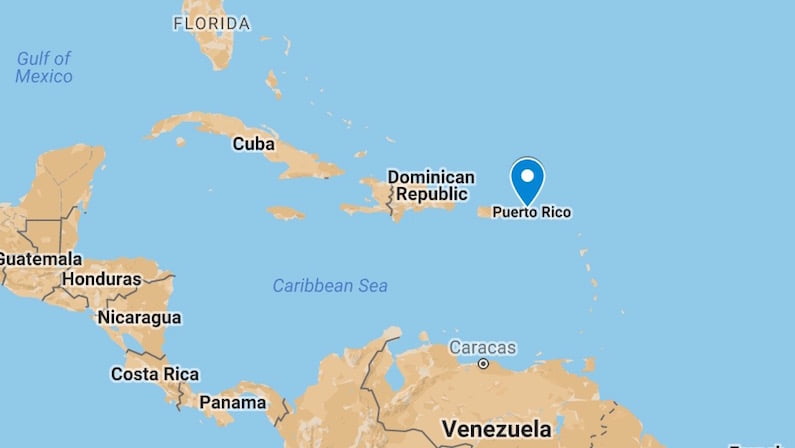 To be honest, even as Brits, we knew very little about this Overseas Territory of 50-odd paradise islands. We knew even less about the island of Tortola and its billionaire playground reputation, its beaches and its incredible national parks. But we’ve got plenty of time to find out while we’re there.

And then it’ll be time to buckle up the backpacks, put on the trekking boots and head for SOUTH AMERICA for six months.

We’ve not had time to fill in the details as yet but we plan to start in Ecuador and then carry on through Peru, Bolivia (maybe), Chile, Argentina and Uruguay. Looks like we’d better start brushing up on some basic Spanish. 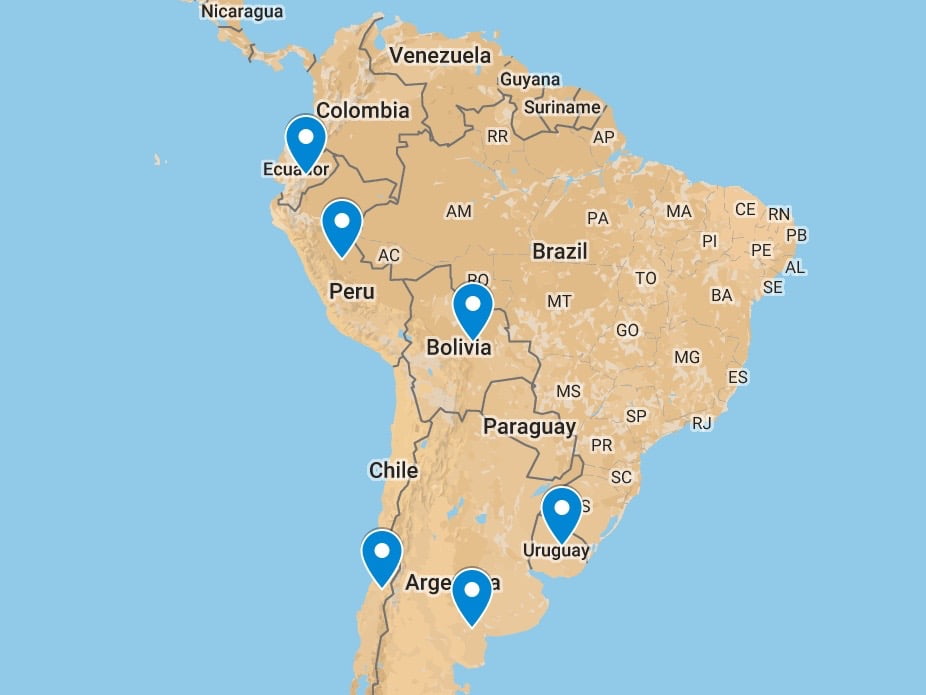 To be honest we’re missing the feeling of having 15-20kg of gear on our backs. Not to mention the prospect of waking up somewhere different every other day or so. So it’s reassuring to know that we’ll be getting reacquainted with our well-worn backpacks pretty soon.

2017 will certainly be a challenging year in many ways. What with Brexit, Trump Tower masquerading as The White House, extreme weather and the very real threat of escalating terrorism, who knows how it will pan out. For a lot of people, it’ll be tough. Just as it was in 2016.

We just feel blessed that we’re able to carry on doing what we love.

And hope that you remain happy to come along for the ride through our blog.

Once again, have a great, prosperous and peaceful 2017.

What did you think? Have you been to any of the places we’re going to? Or perhaps you can suggest somewhere we shouldn’t miss while we’re in the area? Either way, we’d love to hear from you so please add your comments below. Thanks!