Seeing The World Through Lasered Eyes 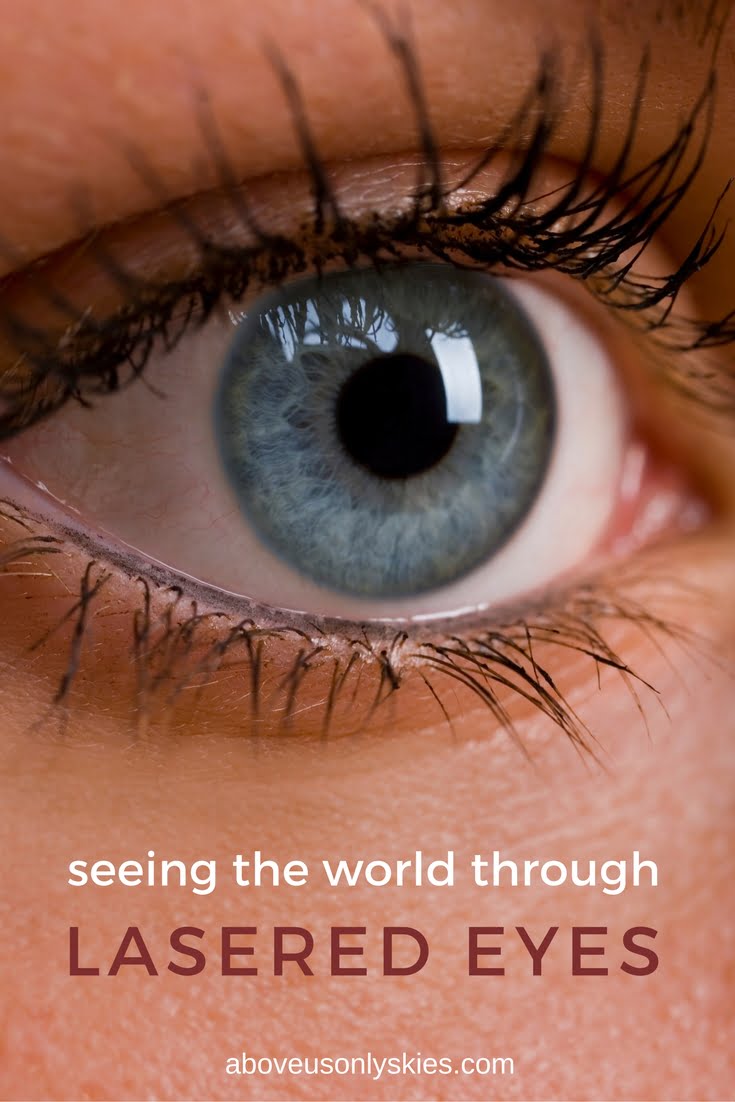 It’s probably fair to say that, before my laser eye surgery three weeks ago, my eyesight wasn’t actually that bad.

I’ve needed to wear prescription glasses to drive a car or watch TV for some time but lately, I’ve found that the blurring of my distance vision (together with the eye strain this causes) has meant that I’ve also worn the glasses more often for general use. And I’ve been wearing a separate prescription pair for close-up work too.

All in all, not severe short-sightedness, but enough to make the practice of switching between different pairs of glasses something of a chore. And, with our round-the-world trip looming on the horizon, I felt it was time to look at an alternative.

For just £395 per eye, I could have my eyesight restored to its full HD glory. Which, of course, would be perfect for unobstructed views of the spectacular sunrise over Indonesia’s Mount Bromo or watching whale sharks while diving in The Philippines.

Except that, it hasn’t quite been that straightforward.

For those of you who are squeamish about the thought of eye surgery, you might want to skip this paragraph altogether. The surgery I had is called “LASEK” which goes something like this: anaesthetic drops are used to numb the eye and a lid holder keeps the eye open during the procedure. Then the surgeon removes the outer layer of the cornea before a laser beam (lasting around 7 seconds) reshapes the outer layer of the cornea to correct the vision. He then replaces the protective layer and everything’s done. Simple.

Quite honestly, the whole experience was a bit surreal, although not painful at all. No, that came afterwards.

Because your eye has been numbed and your sight is blurry due to the anaesthetic, you can see the surgeon working his magic on your eyeball as it happens – like something from a dream sequence in a B-horror movie. The most disquieting part though is the burning smell from the laser, which I wasn’t expecting. It was the sort of smell you get when you switch an electric fire on for the first time in ages.

Perfectly normal apparently, but I was caught between the desire to keep absolutely still so as not to end up with eyes looking in opposite directions, and the urge to ask anyone who would listen if my eyes looked like they were smoking in any way.

Anyway, the operation completed, I was congratulated for doing so well – oh it was nothing, really – before being whisked off for my post-op debrief. And it was at that point that I first heard the “p” word. I was given a range of eye drops to use over the next few weeks to help with the healing process, and warned that I would most likely experience pain ranging anywhere from moderate through to intense, particularly during days two and three! Huh? Pain? Don’t remember signing up for that.

And, indeed, days two and three were the worst. Although I wouldn’t describe it as “intense” it was certainly extremely uncomfortable – general soreness and a continuous feeling of having grains of sand stuck in my eye. Added to that, my eyes were very sensitive to light, which meant that I was wearing sunglasses almost continuously for four days – even in bed. I almost freaked out when I took a journey in the car and every headlight, rear light, and streetlight looked like circular illuminated spider webs – and with dozens of them speeding past it was another surreal – and unsettling – experience.

Fast forward to now, and three weeks after the surgery. I’m pleased with my distance vision, although I’m told it will continue to improve to full 20/20 vision (or better) over the next few weeks. I’m not so thrilled with my close and intermediate vision. I’ve been having what I thought was double vision, but this has since been diagnosed as “ghosting” – which means that anything I look at within a few metres is out of focus, and within a metre, I can see literally two versions of everything. So, there’s a blurring of edges of people’s faces, and words on a page or a computer screen are unreadable. The digital clock on my mobile phone actually shows two images of each number.

To be honest, it has got me down at times. At the moment I’m regretting having had the surgery done as I’m having to wear reading glasses for all close-up activities (including eating my food), which means that I’m actually wearing glasses more often than I did before the surgery. Apparently, I just need to be patient, keep taking the eye drops and the ghosting will disappear. Time will tell I guess.

In the meantime, I’ll continue counting down the days until we fly to Phuket on March 12, and gaze at my Google Maps app and the double-image of Thailand.

What did you think? Have you had laser eye surgery? Or perhaps you’re thinking of having the treatment in the near future? Either way, we’d love to hear from you so please add your comments below. Thanks!