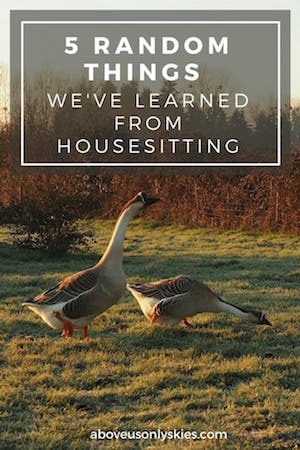 Discovering house sitting has been one of the highlights of our switch to full-time travelling.

It’s given us the freedom to be able to spend time in different countries and experience life as a local. It’s given us the opportunity to live in some lovely homes, caring for and enjoying the company of some wonderful pets. And it’s enabled us to continue travelling while keeping our costs relatively low.

But it’s also presented us with a number of challenges. Reminders that with home and pet ownership come major responsibilities. And, sometimes, a sharp learning curve.

So, here are five things we’ve learned about house sitting that we won’t forget in a hurry.

1. Always check with your host that the external doors are not self-locking

We were looking forward so much to feeding the three Chinese geese on the first morning of our housesit. So much so that, having slipped on our wellies and marched into the garden armed with our lettuce and various other goose-friendly titbits, we casually closed the kitchen door behind us.

Which was fine, until we returned for our breakfast to find that the door had locked itself with the keys still inside. And every other door and window was locked, too. Without a phone or any other way of getting in touch with our hosts, we had to think on our feet before they turned into blocks of ice in the freezing conditions.

Mercifully, the cat flap to the kitchen door presented an opportunity. I managed to borrow a small mirror from our next door neighbour and strategically place it on the kitchen floor just the other side of the cat flap. Then, by using a piece of cane that was lying nearby, I got on my knees and, using the mirror as a guide, stretched through the flap and manoeuvred the cane so that it pushed through the ring holding the door keys. And, finally, after several minutes of prodding, shaking and swearing, I managed to dislodge the keys from the lock and draw them back through the cat flap.

Simple really. But not something we’d recommend as a go-to plan for accessing your housesit. And thank goodness for that cat flap.

Understandably it’s now one of the first things we check on any new housesit.

Along with where the spare keys are kept. Just in case. 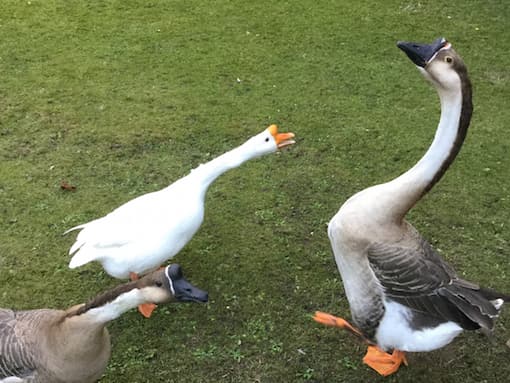 Our three geese clearly thought it was one big joke

It was the first time either of us had looked after a parrot. Sure, we knew they liked to mimic words and sounds. And Billy had already gone through his full daily repertoire of phrases, songs and the occasional swear word.

But I thought it would be an interesting exercise to introduce him to a new phrase. And the one I had in mind was Rubber dinghy rapids, bro’, a quotable line from the film, Four Lions.

A few days into the training regime and Billy seemed to be having none of it. He just stared at me through his cage, head nodding from side to side with the sort of quizzical look that said “What on earth are you banging on about?”

And then it happened. As if he’d merely been teasing me, Billy suddenly came out with a perfectly nuanced rendition of said phrase.

Over and over again.

Experiment successfully completed I naively assumed that if I didn’t mention it again, Billy would simply forget about it in a few days and return to his default vocabulary.

But, of course, Rubber dinghy rapids, bro’ became Billy’s new favourite catchphrase. So much so that he would fire it off six times in quick succession every few hours. Just to show me how clever he was. Or just to make me regret ever coming up with the idea in the first place.

We’ve since become friends with our hosts. And we check in with them to see how Billy is doing. Suffice to say, he’s still at it. 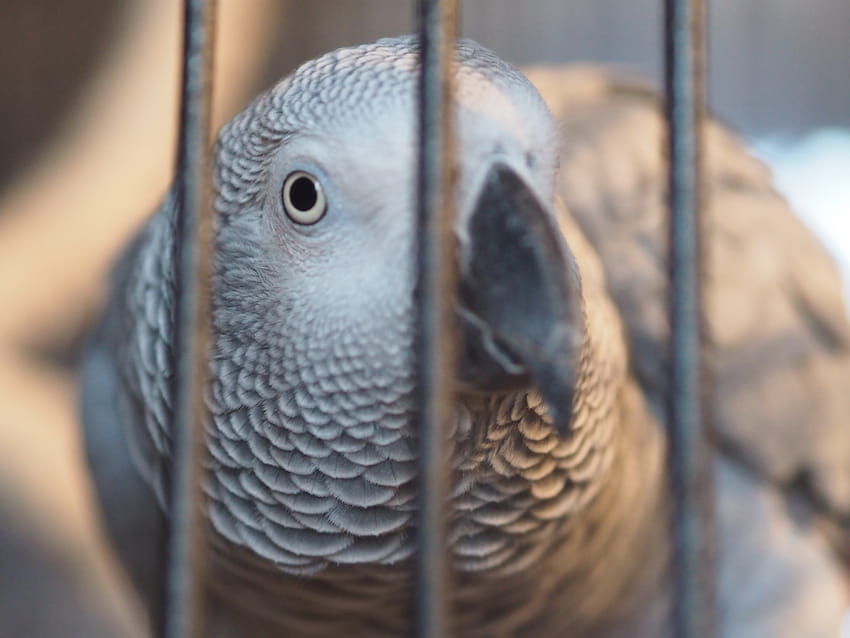 “And one more time – rubber dinghy…”

3. Don’t assume that two pets will always get on with each other

During the three months of our French housesit we’d watched our two dogs, two geese and two chickens happily co-exist with other in the field they called their home.

Sure, the geese, prone as they were to the occasional outburst of pettiness, would give the dogs a peck while they were eating. The dogs would give a dismissive growl in return. And all would be well again as they rested in each other’s company in the early Spring sunshine.

All, that is, until the day our hosts were returning from their extended break and we were busily cleaning the house and preparing to leave. As I packed the car I noticed out of the corner of my eye that one of the geese had suddenly turned to short bouts of flying around the field. Something he hadn’t done before.

But, what I’d thought were merely voluntary moments of exuberance were actually the result of Genghis, our Alaskan Malamute / German Shepherd cross, throwing the goose up into the air like a rag doll. As I rushed over, I realised that the goose had been pinned to the ground by his neck and naturally feared the worst. Thankfully, I managed to chase Genghis away and then coax the goose to get to his feet. With a bloodied neck and dishevelled feathers, he looked like he’d just gone the full 15 rounds.

But he was alive.

Our hosts explained that Genghis was most likely just playing. And we’re happy to report that the goose is still alive and well. 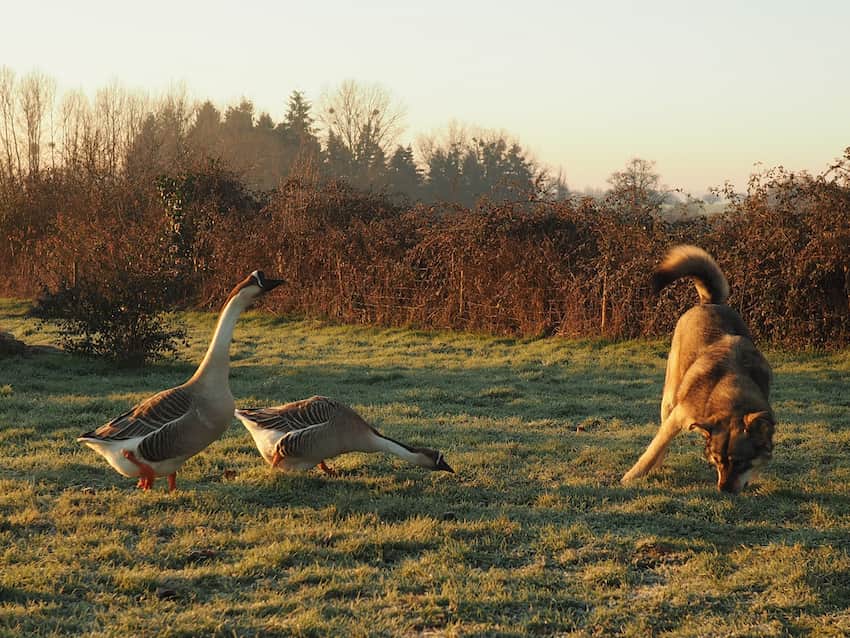 Occasionally, there may be one or more rooms in a housesit that the owners would rather keep private.

But an incident we experienced has taught us that gaining permission to periodically check any unused rooms is good practice. Especially on long-term sits.

On this particular sit, our bedroom was on the ground floor, with the hosts’ master bedroom directly above us. One evening we noticed water had suddenly started leaking through our ceiling. Rushing upstairs we opened the door to the master bedroom to discover that the whole room was under four inches of water. It transpired that a valve leading from the toilet had failed and that water had been spraying out for the past couple of days or so. Luckily, the floor was sunk below the upper lounge level so the water didn’t disperse from the bedroom.

Three hours later, after switching off the valve, bailing out the water and sweeping up the debris from the floor, we managed to save as much of our hosts’ possessions as we could.

Which is why we now recount the story whenever we’re agreeing to any long-term sit. 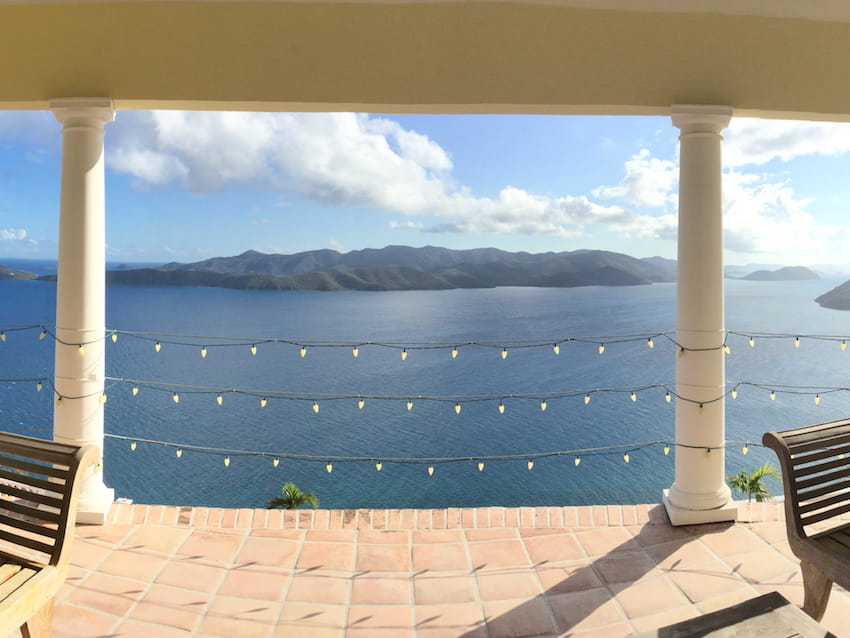 5. Don’t try and hold shut a door that a Category 5+ hurricane is trying to force open

180 miles-per-hour winds, with gusts of up to 250 miles-per-hour. The eye of the hurricane is 30  minutes away from passing directly over us. And then the doors to the lounge we’re using as a safe haven are blown off.

We have two choices. 1 – Find somewhere else to hide and protect ourselves from the killer winds. Or 2 – play the superhero and try to hold the doors shut until the hurricane passes. Suffice to say, I chose Option 2 out of pure instinct. I didn’t last long and suffered a bad injury when the two doors again blew open before slamming shut on my left hand.

Somehow, I’d forgotten the words of advice from our hosts just before the hurricane hit.

“Look after yourselves first and foremost – anything in the house can be replaced”.

Talk about learning the hard way! 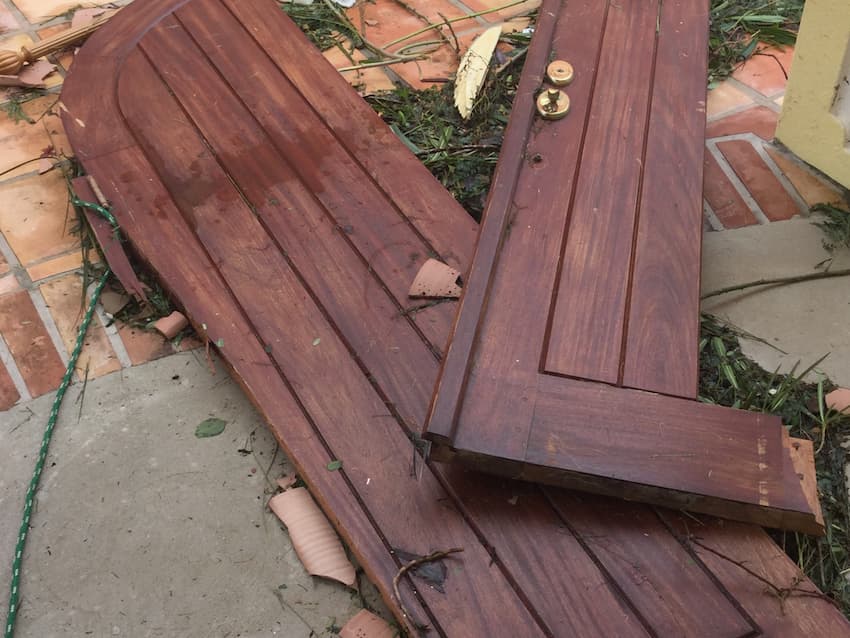 The outcome was never really in any doubt!

…or visit our House Sitting page.

What did you think? Have you experienced house sitting and, if so, what have you learned from it? Or perhaps you’re thinking of house sitting in the near future? Either way, we’d love to hear from you so please add your comments below.

Interested in house sitting? You can become a member of TrustedHousesitters.com and enjoy a 20% discount off your first annual fee by clicking here.

Disclaimer: By doing so we will receive a small commission without any additional cost to you. 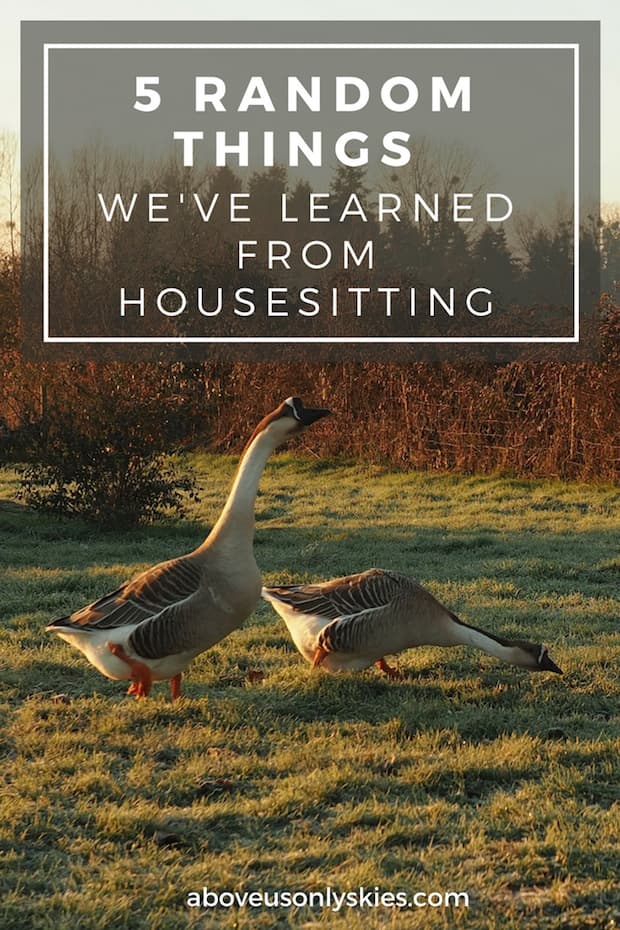 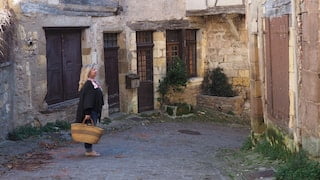 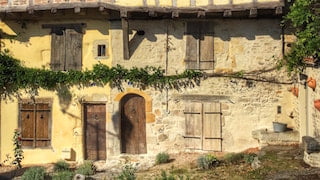 HOUSESITTING – AN ALTERNATIVE WAY TO SEE THE WORLD 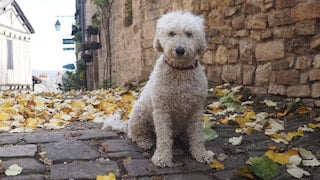 WHAT’S IT LIKE TO TRAVEL AND MIND OTHER PEOPLE’S PETS? 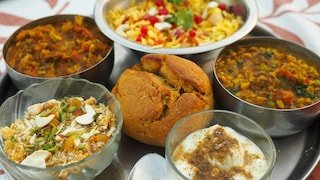 30 PLATES OF ASIAN FOOD TO DIE FOR