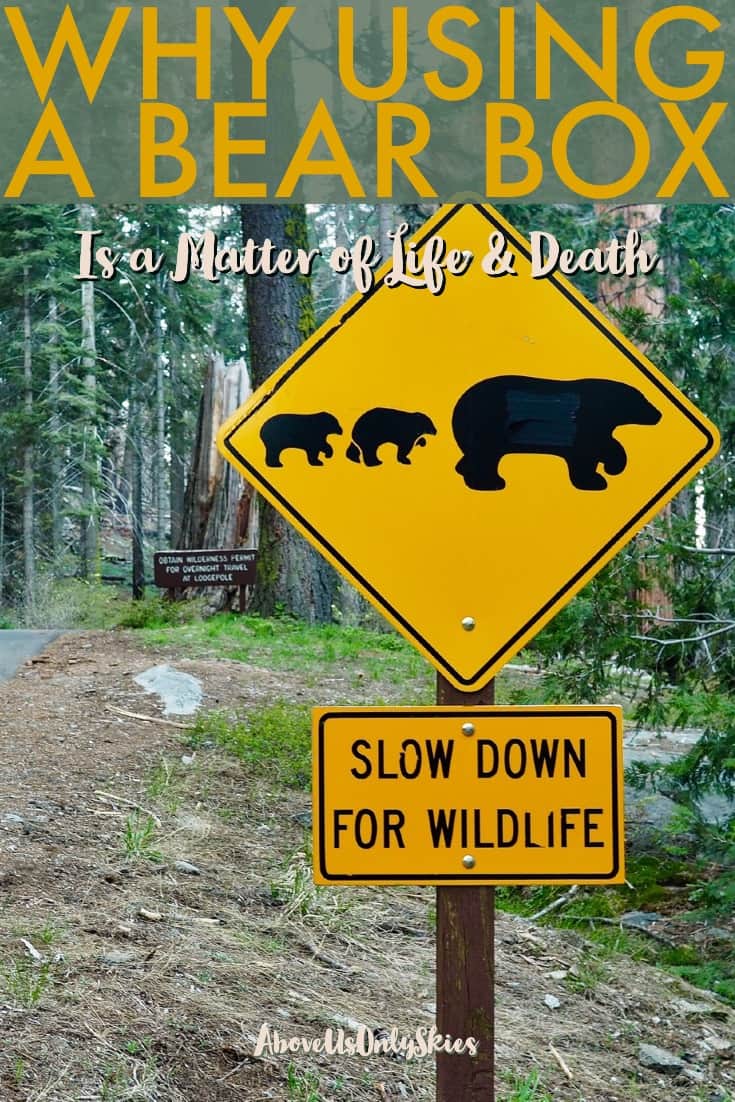 An encounter with one of North America’s 600,000-or-so wild bears can be both a wonderful and terrifying experience. Wonderful in that, for many people (including us), seeing wild animals for the first time is always a special moment. But also terrifying in that coming face-to-face with a hungry 600lb (272 kg) black bear or 800lb (362 kg) grizzly is potentially the stuff of nightmares.

So, with the increasing number of tourists who visit the USA’s bear-inhabited National Parks such as Yellowstone and Yosemite, it’s perhaps not surprising that human/bear encounters are on the increase, too. Where this becomes especially problematic, though, is when a bear discovers that there are easy pickings for food at National Park campsites. Because if a bear is successful in finding food it learns quickly and is almost certainly likely to return for more.

Which can have consequences for the people who are camping there.

But even more serious consequences for the bear. 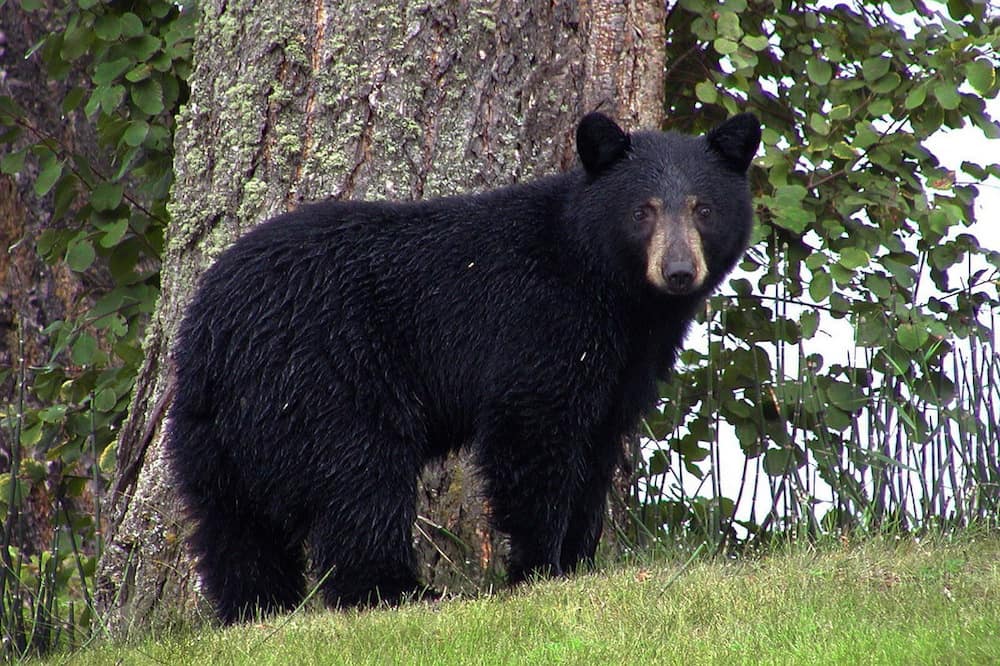 Despite their reputation, bears in the wild have a diet that largely consists of plants, although they also eat insects, fish and other animals. However, they are opportunist eaters, which means that if presented with the opportunity, they’ll happily consume human food and garbage.

If there’s human food close by – even if it’s locked away in a cooler box inside a car – a hungry bear’s incredible sense of smell will render it irresistible. To make matters worse, anything that has an odour, such as toothpaste, bug spray, soap and first aid kits, will be mistaken for food, too.

And don’t think that a locked vehicle is any barrier between a hungry bear and an easy meal. Its powerful claws can rip off a car window in seconds.

Unfortunately, if food or garbage is not properly stored away, the chain of events can end in tragedy. Typically, something like this:

So, although the curious sight of a large black bear feeding on scraps of food left beside a campfire might look amusing, there are serious implications for the animal.

The good news is that many of the USA’s National Parks provide a ready-made solution in the form of reinforced steel “bear boxes”. And, for the bear population, the proper use of them – as we’ve already discussed – can be a matter of life and death. 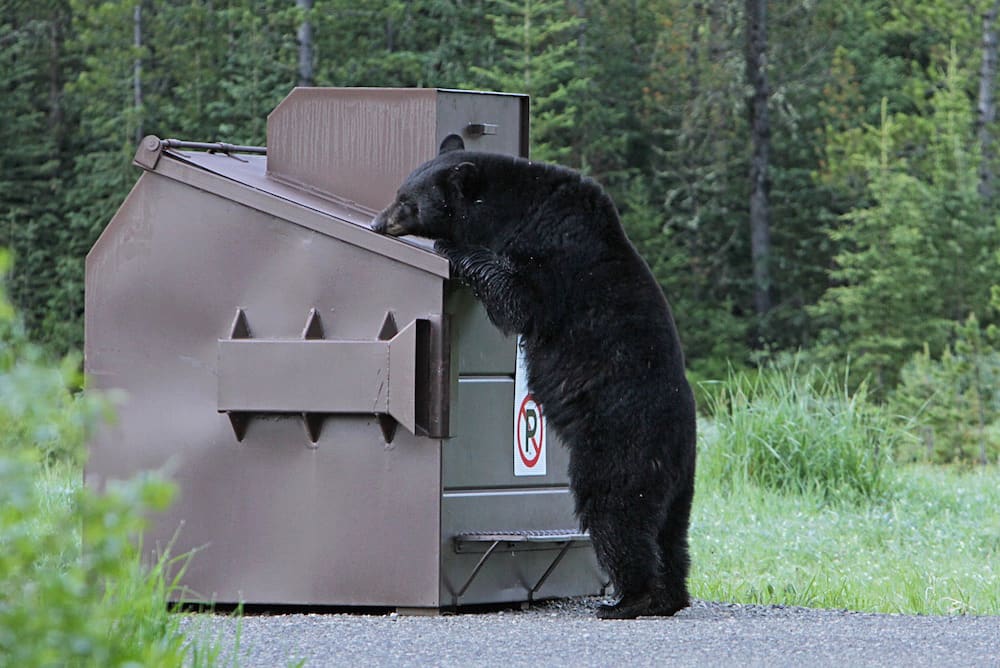 A black bear looks for food in a bin

Essentially, it’s a two-door metal food-storage box, which can be large enough to fit up to 12 cool boxes if needed. Where a campsite provides them, there’ll be one for each pitch. And you’ll be expected to use them.

They can differ slightly, depending on the campsite. And there are a variety of locker mechanisms. But each is designed to be bear-proof, so everything stored inside is safe. However, they don’t come with padlocks, nor can you attach your own lock to them, either.

First of all, you should make it a priority to transfer everything from your vehicle to your bear box as soon as you arrive on site. After all, it’s easier to put up a tent or cook a campfire dinner without looking over your shoulder for a hungry bear.

Of course, if you’re moving from campsite to campsite, having to ferry everything between your vehicle and the bear box can become tiresome. However, with a little planning, you can make things a lot easier on yourself.

For instance, you can save a lot of time by placing your food, toiletries, cleaning products etc in separate cooler boxes or robust bags before you head out. In fact, packing food inside sealed containers not only helps with storage but keeps tempting odours to a minimum, too.

You’ll also need to take the weather into account as a hot sun beaming down on a metal box containing perishable food is never a great combination. So, if you can, look for a pitch where there’s good shade. And one where the box is close to where you’ll be cooking and eating. 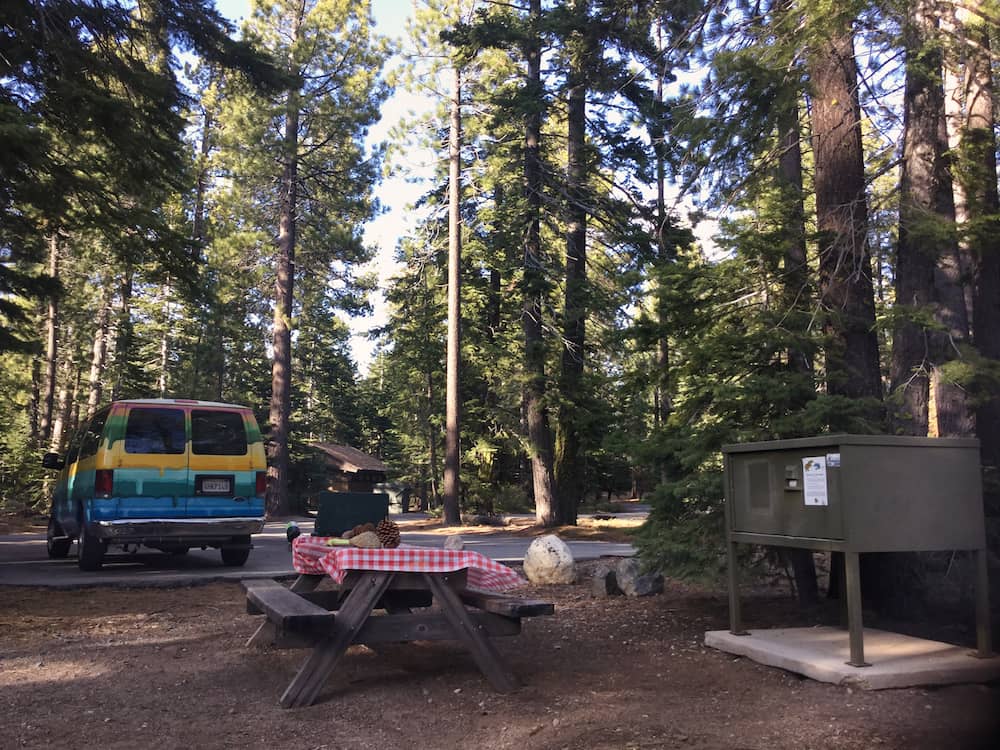 There’s another good reason for using a bear box where a campsite provides one. And that’s because its use is enforced by federal law. Which can mean a fine of up to $5000 and the impoundment of your food or vehicle.

But, despite this, we saw several examples of wanton neglect during our recent California National Park road trip. There was even one couple who left out overnight at least a dozen cooler boxes full of food and drinks – stacked on the roof of their SUV and their picnic table. Fortunately for these reckless idiots, both the local bears and the park rangers appeared to have had the night off. 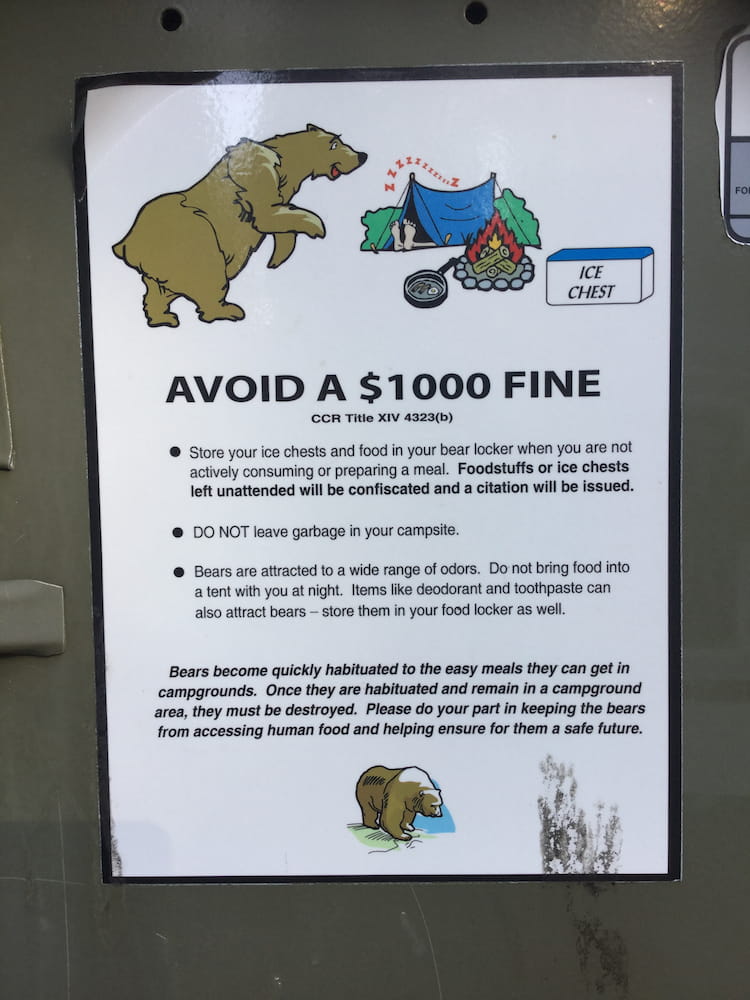 Not using the bear box properly could cost you $1000 at Lake Tahoe, California

We were actually quite disappointed that we didn’t see a bear (at a safe distance) during our two weeks in California’s National Parks. But that wasn’t particularly surprising, given that bears generally tend to avoid contact with humans.

However, where contact does take place, problems typically arise because of two scenarios. One is where the human inadvertently separates a mother bear from her cub. The other is where a hungry bear is separated from its food. Especially after the hibernation season is over and it’s on the hunt for anything it can get its powerful paws on.

So, if you’re camping in bear country any time soon and you don’t want to be on the receiving end of a visit from a 600-pound single-minded beast in the middle of the night, then please heed the warning signs that are on full display at most campsites.

Use the bear box provided to store your food, rubbish and anything else that might give off an odour.

By doing so you’ll be able to sleep soundly in the knowledge that not only are you protecting yourself but you’ll also be saving a bear from inadvertently signing its own death warrant.

What did you think? Have you camped in bear country? Do you have any recommendations to add? Or perhaps you’re thinking of camping in a National Park in the near future? Either way, we’d love to hear from you so please add your comments below.

For more information on black bears and what to do if you encounter one, check out this page on the National Park Service website. 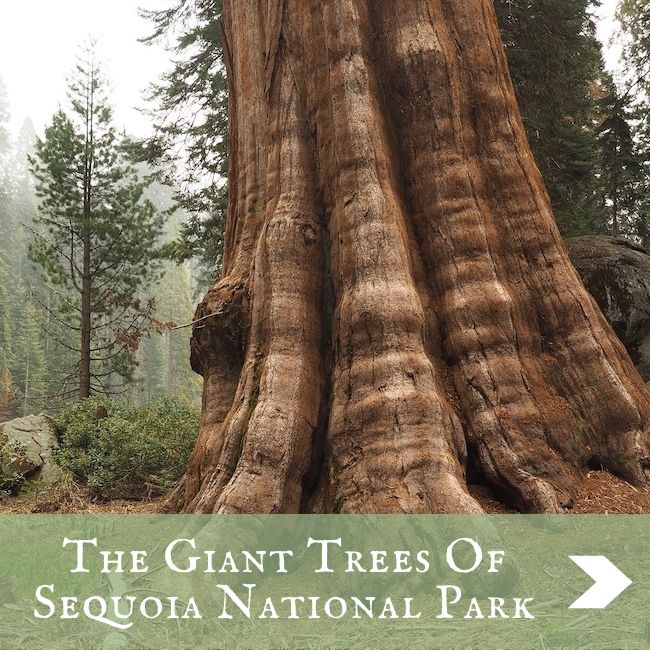 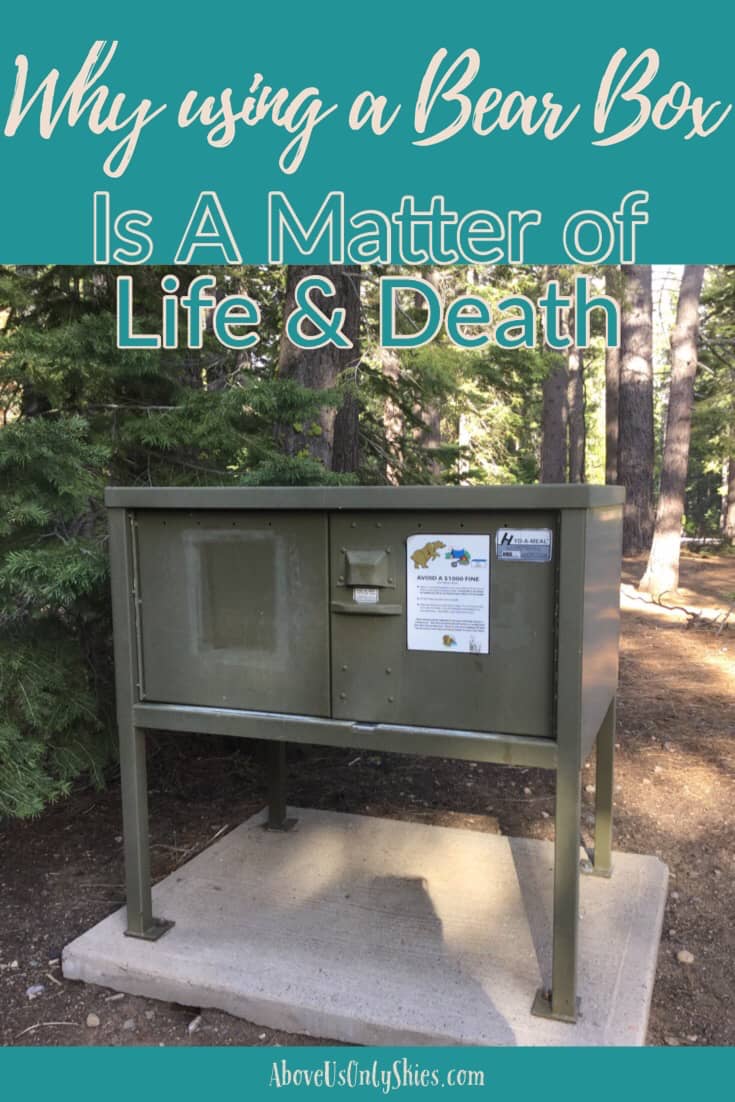 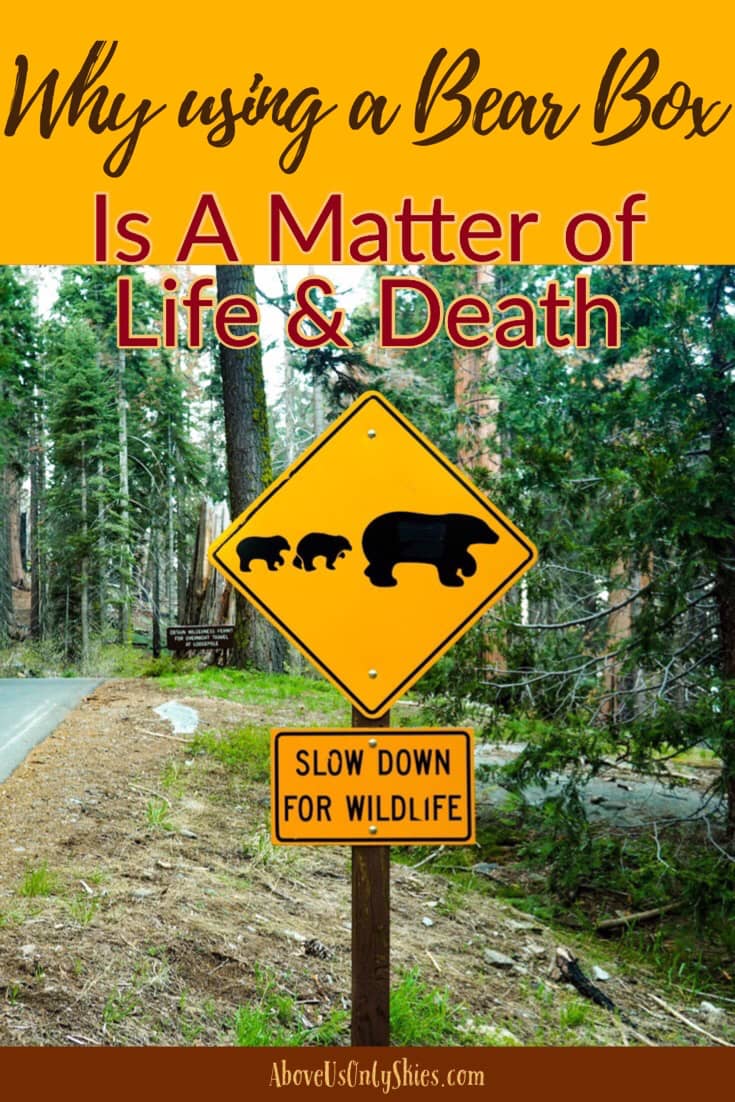